Been reporting on this all night - here's a big update on *why* EA canceled its open-world Star Wars game https://t.co/wnGE5h05E8 pic.twitter.com/oZNVjQWy8e 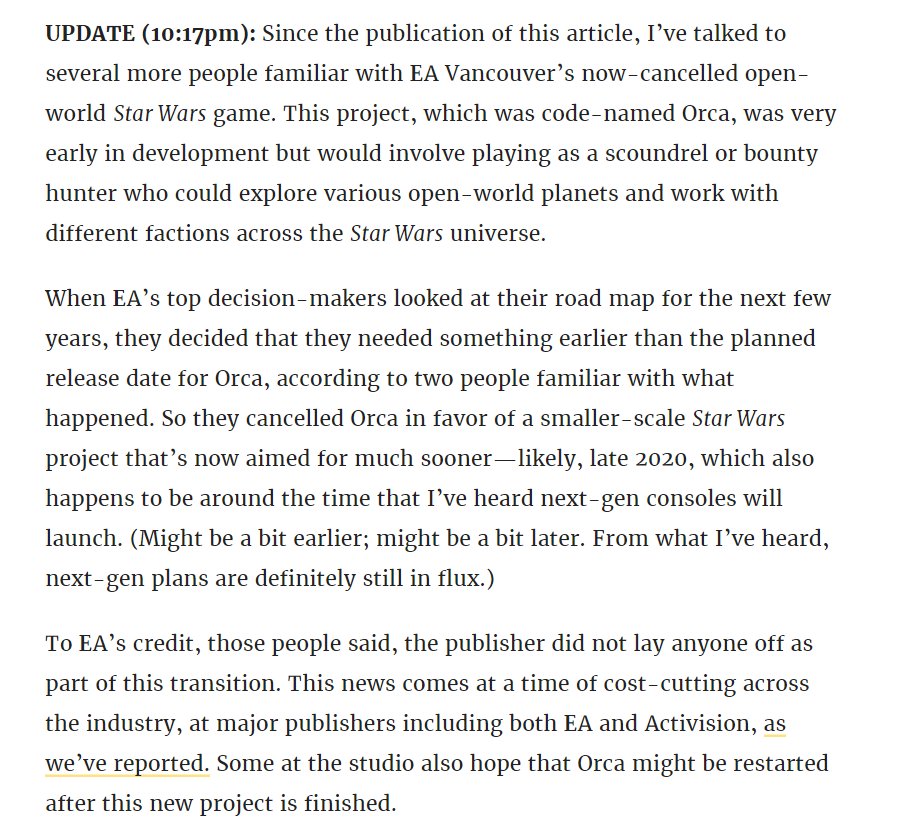 Some good news guys, Kotaku's Jason Schrier says that nobody was laid off and that it was only cancelled because it was in early development and too big of a project to be finished by EA's deadline. Instead a smaller Star Wars project will enter development at EA Vancouver with a plan to release Holiday 2020, likely as a next-gen launch title.