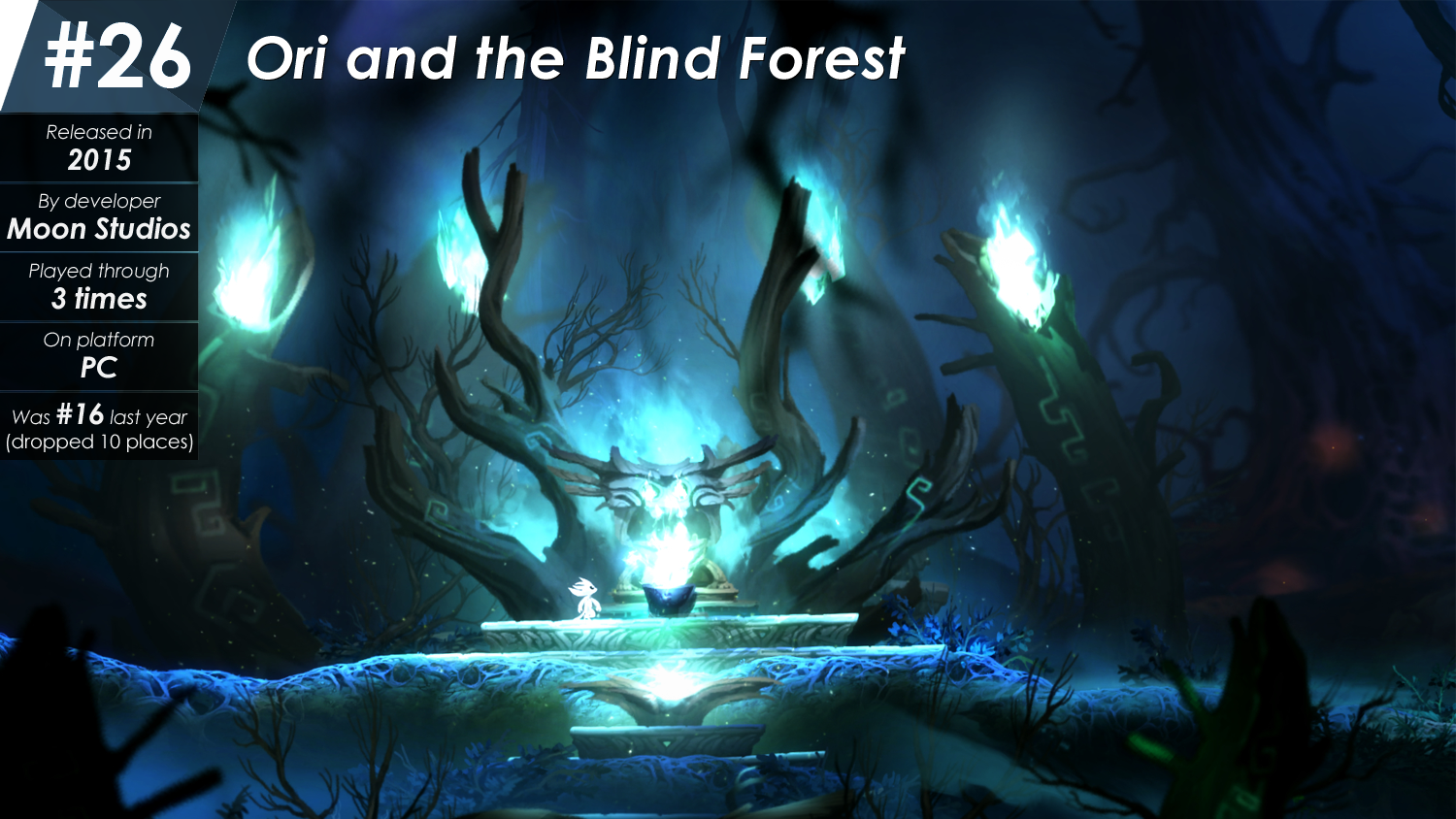 Every year, there will be one game that suffers the heaviest drop on a list, and this year on mine it's Ori and the Blind Forest. It's a shame, because of how beautiful it is, but I think a lot of it was down to a certain other indie metroidvania I played this year which blew this one out of the water and made me realize how flawed Ori really is. My main gripe with this game is one I just can't accept in any metroidvania: it starts out amazing, and then just gets worse as it goes on. That is to say, the sheer impact this game's opening hours had on me was probably enough to carry the whole experience, and apparently even carry my opinion of it all for two years. However, a metroidvania should always be getting more and more interesting as it goes on, but Ori misses that mark completely by not only making the experience largely linear (removing that excitement of going back to a certain place to find a whole new area with a new power-up), but also by simply having no clue on how to make interesting power-ups. Yeah, Bash was a game-changer, and everything prior to it was fine, but once you start getting stuff like the Climb ability (which allows you to climb on walls despite the fact you've already got a walljump), you really begin to notice they were running out of ideas... and it only gets worse from there. Besides, as each individual power-up is usually mapped to a specific button on your controller, by the end the mere experience of playing the game feels a little like you're just pressing arbitrarily mapped buttons for specific actions rather than something that feels natural. They really just lost their way, and the Definitive Edition only made matters worse.

That said, this was still quite the memorable experience. The opening was one of the most emotionally heavy moments I've experienced in gaming. The opening few hours exploring the first few areas were a load of fun. The Ginso Tree was actually quite an awesome dungeon, with an exhilariating end to it. The story was actually quite charming, and the soundtrack was soothing. For all its problems as a metroidvania, there is a lot Ori does right as a game.