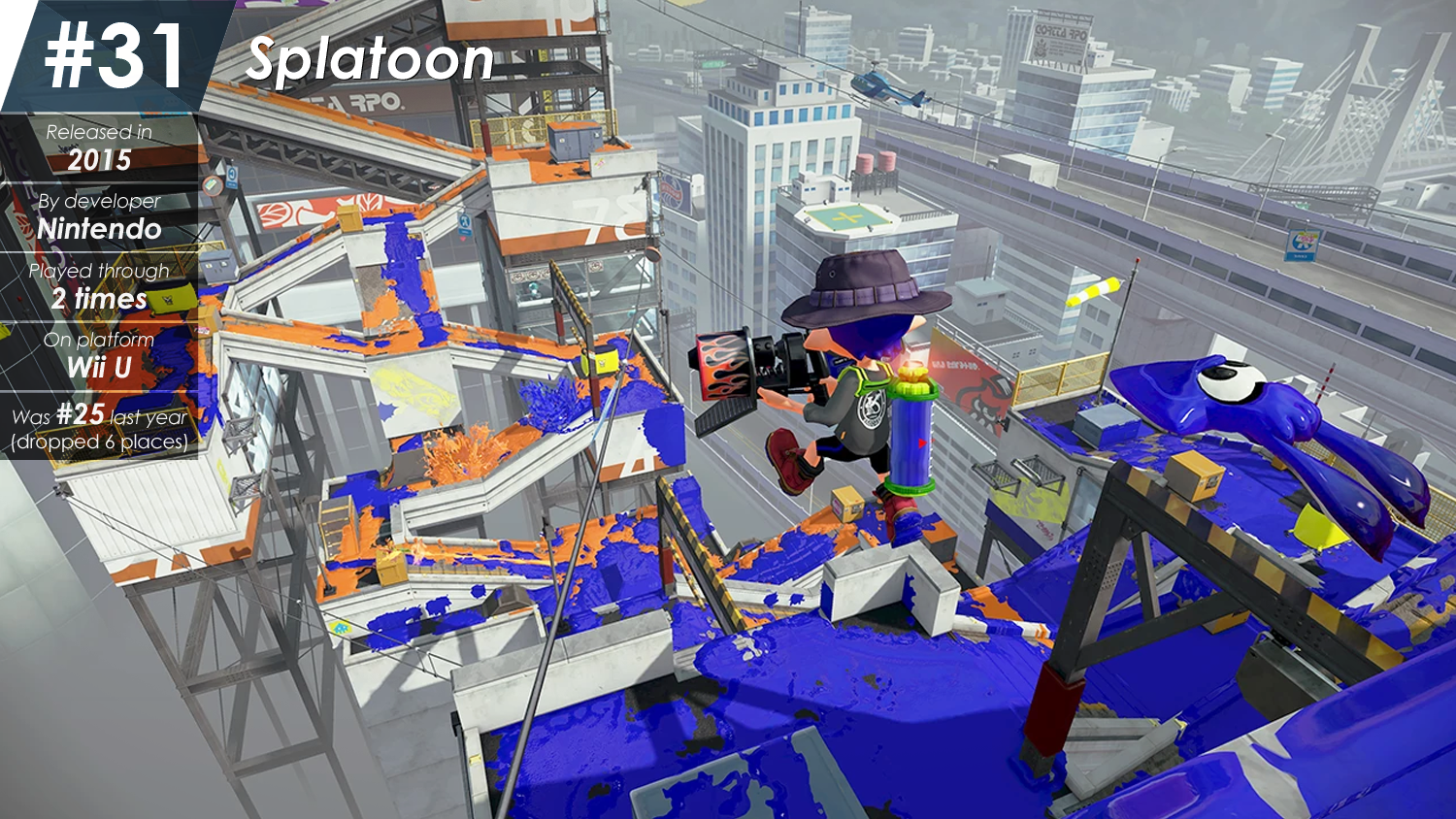 While this game has come and gone, the memories it brought me will remain. Splatoon was a wildly unique and innovative shooter which didn't just settle for being more colorful than the competition, instead it made full use of its colorful nature by basing the whole game around it. And it worked. The ink mechanics in Splatoon are some of the most creative game design I've seen, and make for a very interesting game very much on their own. By staying in your ink, you can refill your tank, regain health, move fast, climb up walls, and stay safe - but you can only increase your inked turf by shooting, which then makes you more vulnerable and limits your movement. Furthermore, touch the enemy's ink and you're basically as good as dead. The way the mechanics work make it so this game revolves entirely around territory control - you must shoot at all times to extend your own territory and clear out the dangerous enemy turf, on which an opponent can always be hiding. It's just so fresh, and I love it. It's a brilliant concept I don't think will ever get old. Of course, Splatoon also had an alright single-player campaign featuring one of the best boss battles in all of gaming, but it's the multiplayer experiences that will keep it in my mind for years to come, even as it receives superior sequels.