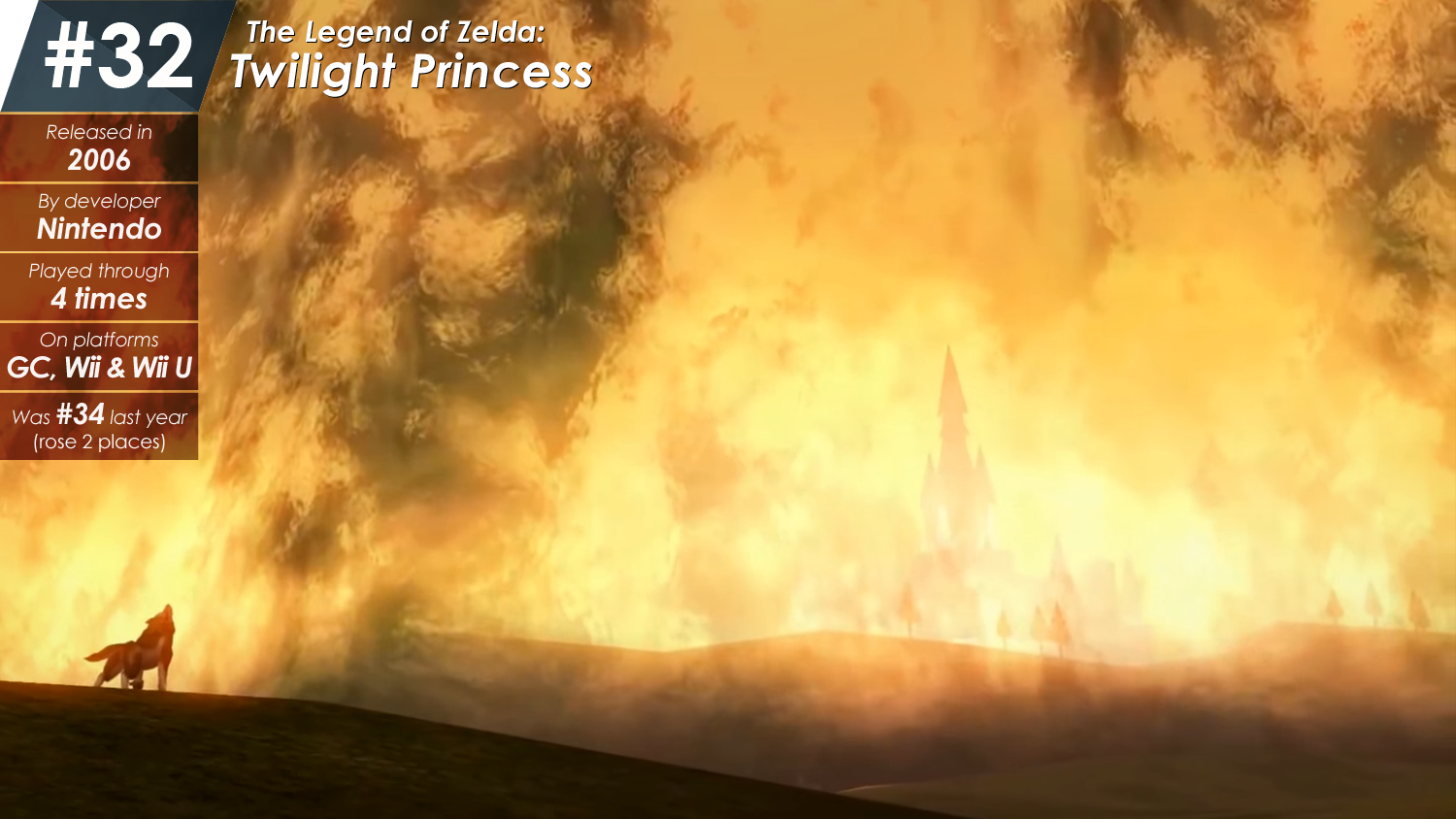 Probably the most bland and generic Zelda's ever been. Twilight Princess was conceived from fanservice more than anything, and it shows. There's a general feel of "dishonesty" with this game, from the soundtrack, to the story, to the graphics... it all just feels a little too stale and soulless, and you can tell Nintendo didn't really wanna make this Zelda game. And for a game with that description to be ranking #32 here, well... it really goes to show how awesome Zelda can truly be.

Despite its "forced" conception, though, Twilight Princess still offers a lot of cool new ideas. Turning Link into a wolf probably should have been the weirdest and most cringy thing we saw in a Zelda game, but somehow, they made it work. The story, while clearly rehashed from the formulas of A Link to the Past and Ocarina of Time, had some interesting unique twists with the Twilight Realm and remained rather interesting until the near very end. The soundtrack, while greatly hindered by some of the worst sounding soundfonts I've ever heard (never mind coming from a 2006 game), had several amazing new compositions. There was a lot to love here, and honestly, I did always enjoy my time with Twilight Princess, if not for two big flaws: the beginning, and the ending. I simply cannot stand either this game's opening hours or final hours, and that bogs down the whole experience to me. I know it's not a popular opinion, but I really do dislike this game's ending, and experiencing it for the first time left a bad taste in my mouth I'm not sure I could ever recover from. It's a shame, because elsewhere, it really is a great game.