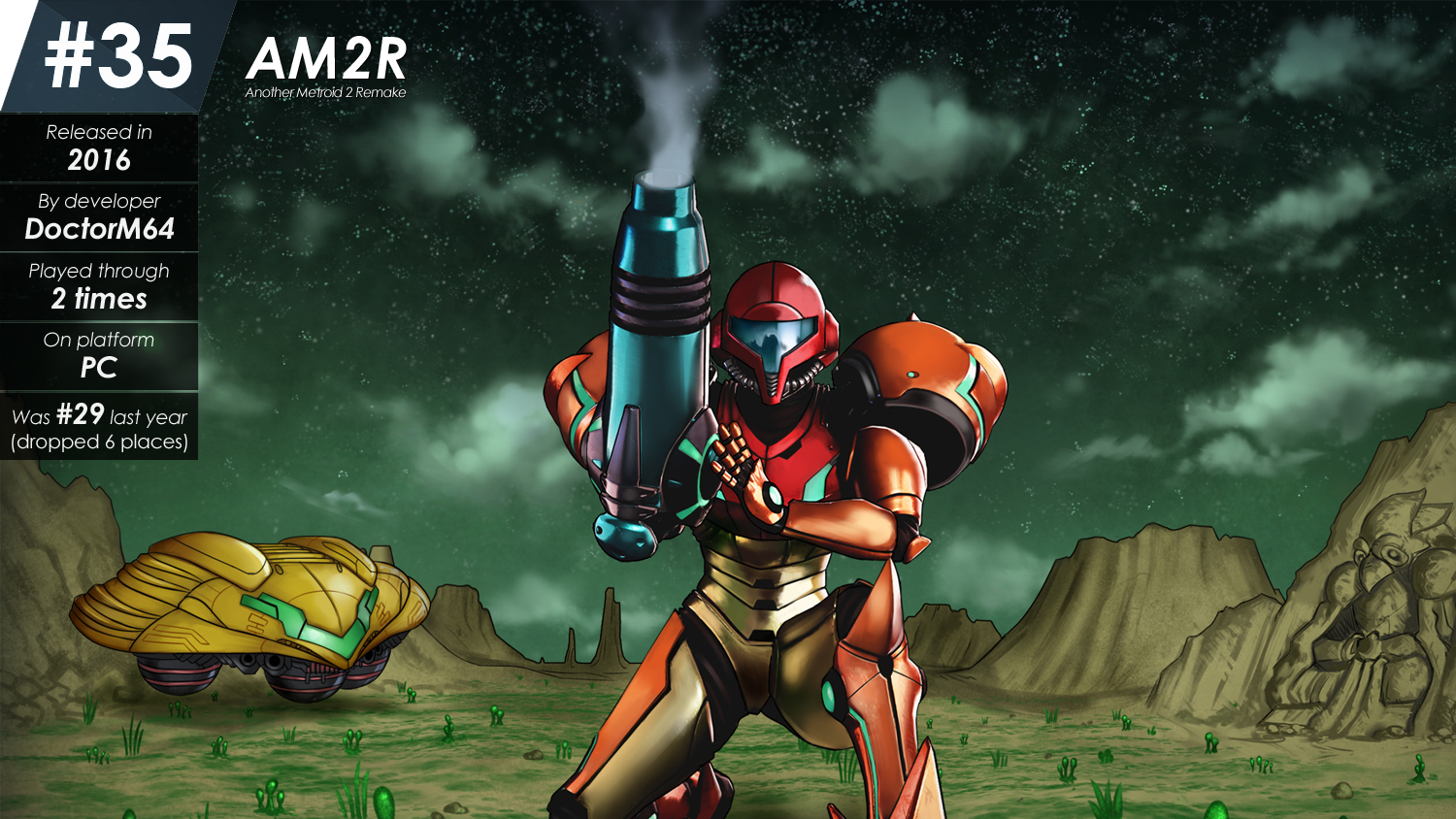 Before the dream of a proper Metroid II remake was a reality, there was AM2R, and even after the release of the awesome Samus Returns, I'd say this is still the game to go to if you want to play an updated, better version of the Game Boy title. While Samus Returns is a great game on its own, AM2R is considerably more faithful to the original material, while still adding in lots of twists and touches from across the franchise with surprise bosses or reworked music, and the result is something awesome. Remarkably, it doesn't feel at all like a fangame, despite the recycling of Zero Mission assets, and easily stands as one of the best Metroid games out there.