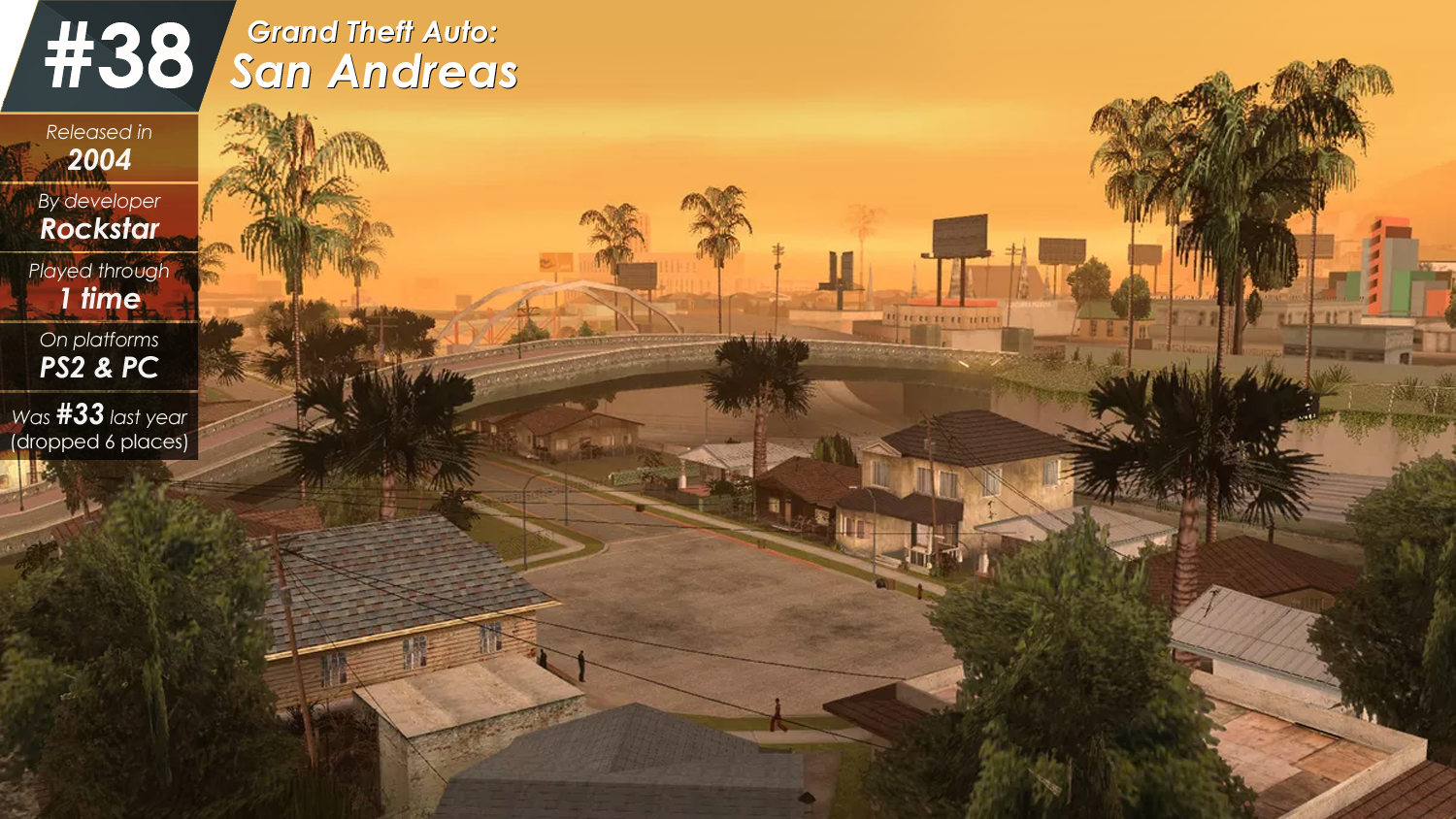 I know this doesn't apply to everyone, but, when I think of Grand Theft Auto, I can't help but feel that it's one of those franchises where you're always gonna love the one you played in your early teens and move on afterwards. At least, that's how it was with me, and San Andreas was the game back then. To me, this is still the best GTA has been - there was just so much to do, doing anything was usually loads of fun, the story was great and overall the game just had this awesome atmosphere... a lot of this can probably be said about other games in the series, but to me the only one that had it to this extent was San Andreas, and yeah it's because I played it as a 12-year-old. So, that's it, really.