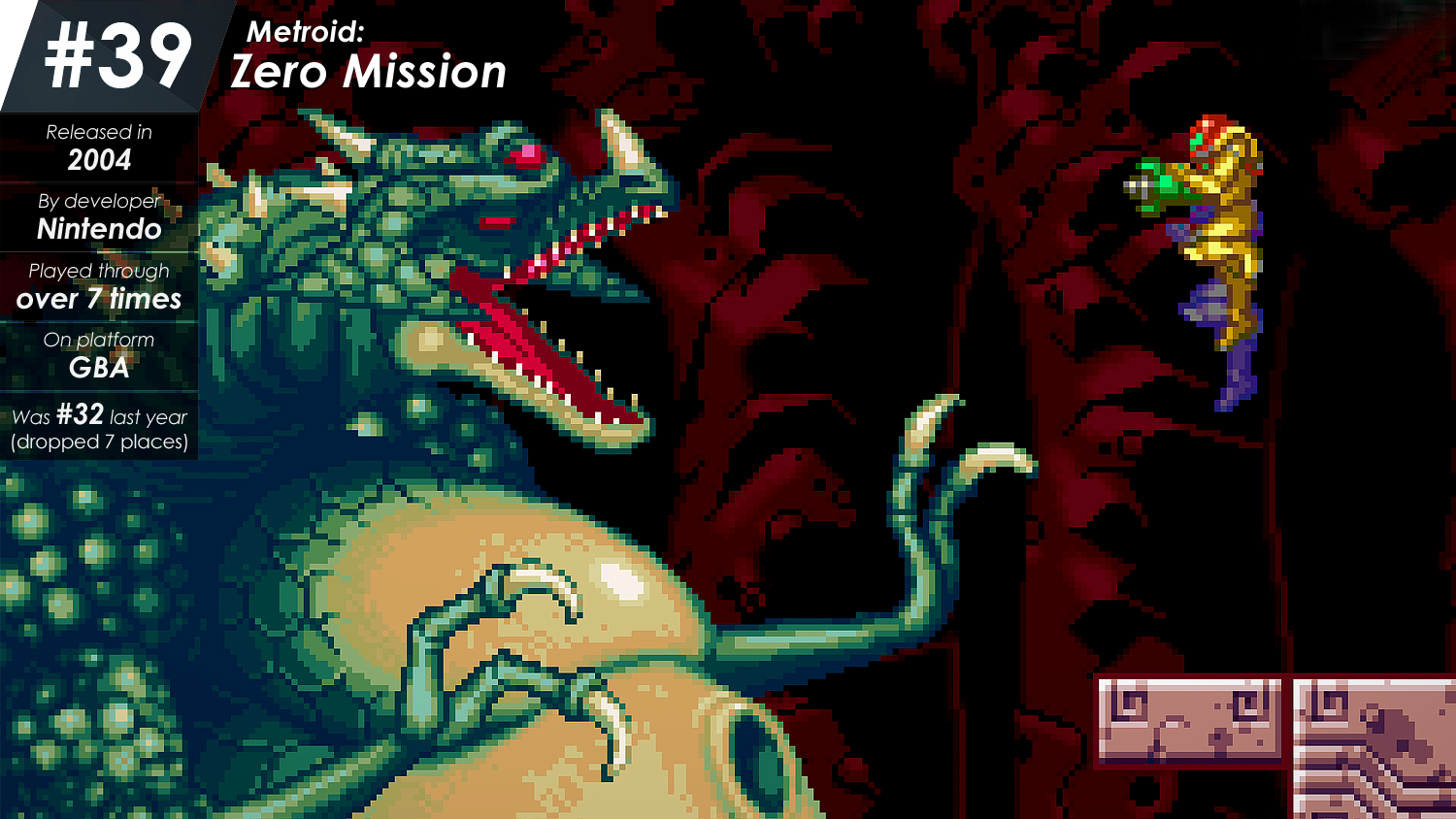 Streamlined Metroid 101. Zero Mission is everything the first game in the series should have been, and everything it shouldn't, too. The map was greatly expanded upon and much more detailed, but it was also more linear and had more obvious set paths to keep you always on track. The visuals look a lot better than on the NES, but the artstyle ended up a little too "simple" for a Metroid game. The bosses and set pieces looked awesome, but were always so incredibly easy. And if you're into speedruns, well, the game basically does the speedrun for you with all those secret (and boring) alternate paths. But my biggest gripe with Zero Mission is always going to be the "Zero" part - without getting into any spoilers (if you've played it you know what I'm talking about), let's just say it's the thing that ruined this as an otherwise fantastic remake of the original Metroid.

Still, I've greatly enjoyed my time with this game. It's a simpler experience than most Metroid games regardless of what type of experience you're looking for out of it, and that's fine. For what it is, it's great, and even if I'm not a fan of some parts I'd still much rather play this than the game it's a remake of.