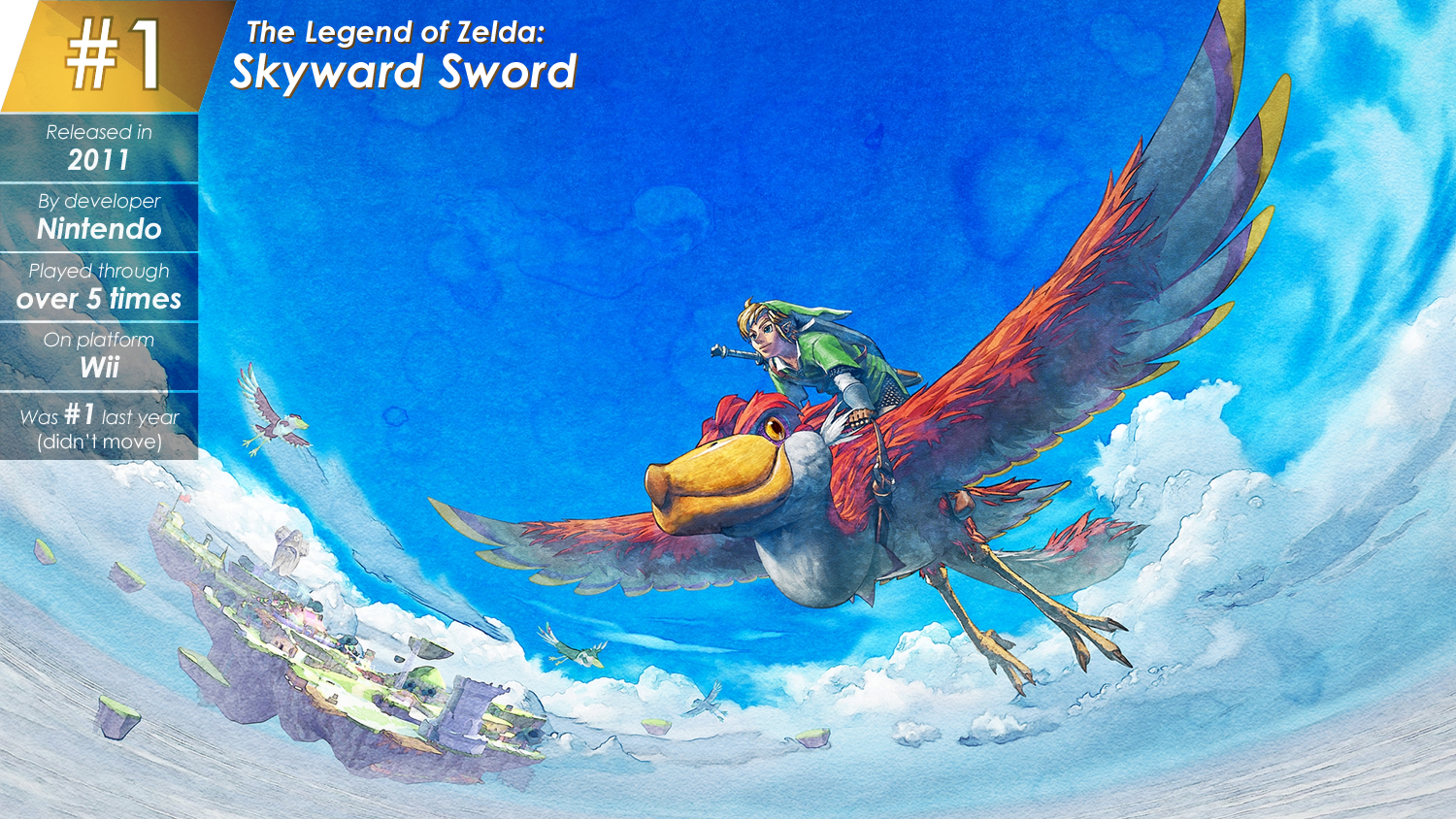 So, it all comes down to this. Skyward Sword, like apparently most of my favorite things in life, is a bit controversial. It drew loads of criticism from Zelda fans for being too linear, having too much backtracking, too self-contained areas, too much handholding, and forcing motion controls into everything - most of which was eventually addressed by Nintendo, who responded with the widely acclaimed Breath of the Wild. The new Zelda is a fantastic game, but ultimately the main reason I couldn't put it above its predecessor was because it couldn't compare to the things that made it so special: the story, the dungeons, and the soundtrack.

When I was playing this game, I could never get into any of the controversy. Where some people were complaining left and right, I was just having the time of my life everytime I woke up and picked up that Wii remote. Every day I was fascinated by the beautiful locales, the clever puzzles, the incredible dungeons, the immersive music, the somewhat intense combat and above all, the engaging story filled with characters I deeply cared about - at this time it felt like I was living in this world - and ultimately, this is one of those games that keep getting better and better all the way to the mindblowingly epic ending. It was truly a rollercoaster ride: something you can't control, but is still awesome no matter how many times you try it.

I admit it's maybe a little hard playing this game off the back of Breath of the Wild, as there are constant nuisances like the pop-ups everytime you pick treasure or Fi always halting your gameplay to talk about something totally irrelevant you already had figured out, but in the end I think it just takes a bit of time to adjust and from then on it's easy to experience again and again everything that was so special about this game - in fact despite all the handholding and linearity, somehow I had more fun replaying it than most Zelda games (even its successors!).

So, yeah. I can only try to put it into words, but ultimately it is what it is. Skyward Sword is very special, and a game I love maybe too much - though that's something I can never feel guilty about.