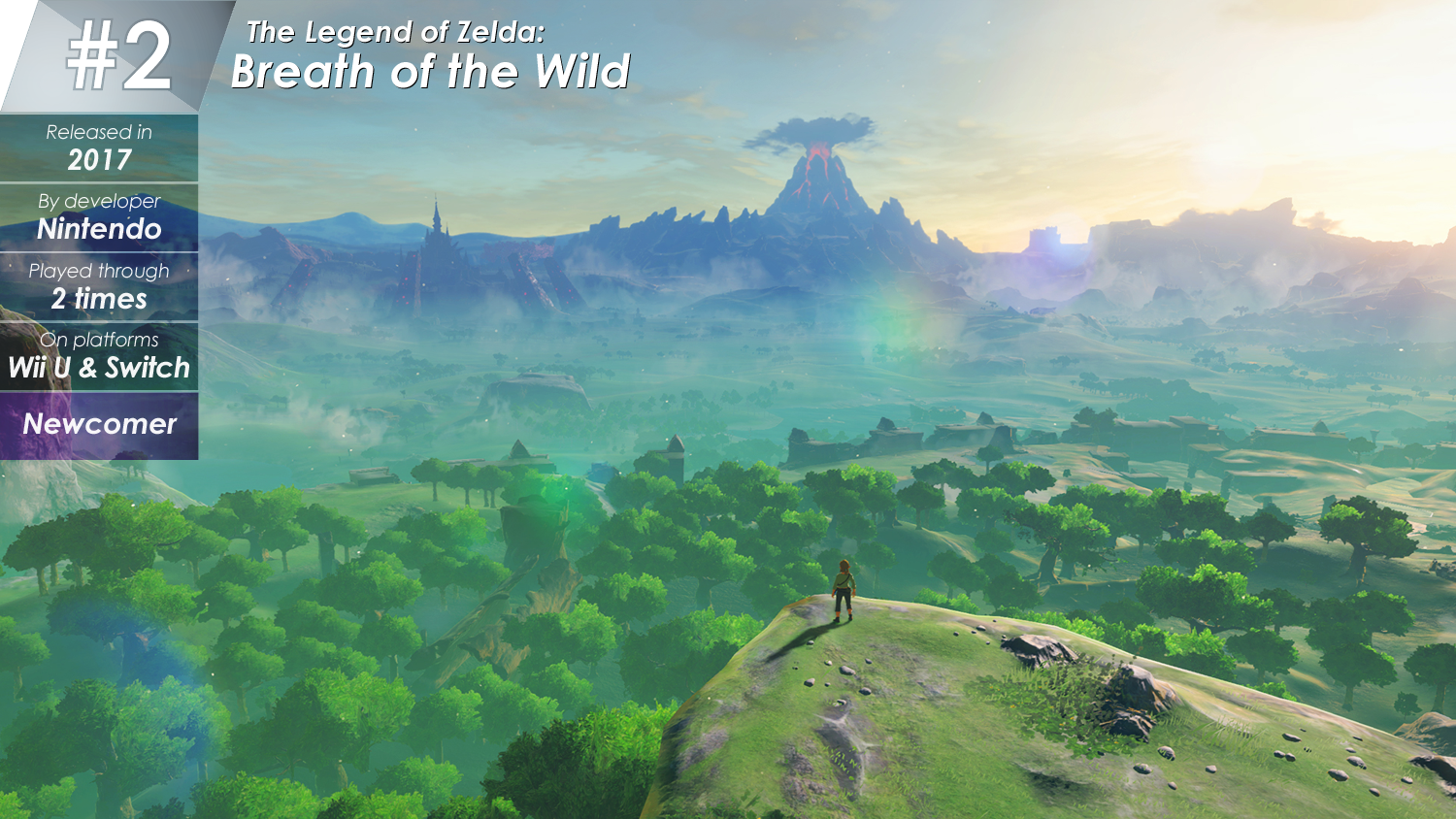 A legendary adventure that will live on as a gaming classic forever, and will probably be near the top of many lists here and definitely at the top of the overall one. I've already gone on record saying Breath of the Wild is my favorite game, so I can't help but feel guilty about robbing it of that #1 spot - there were reasons, and there was definitely a lot of personal conflict, but this was the final decision this time.

It is a shame it didn't make #1, the main reason for it being the underwhelming final boss and ending (something all other games in my top 5 excel at) - as well as just the fact that it's so new, and so hard to place among my previously so well established 4 favorite games. I feel like in future years it might have every shot at getting to that #1 spot, or maybe it won't age too well and take a bit of a drop, but in the end the exact place it takes on the list isn't what matters - it's the great times and memories it brought.