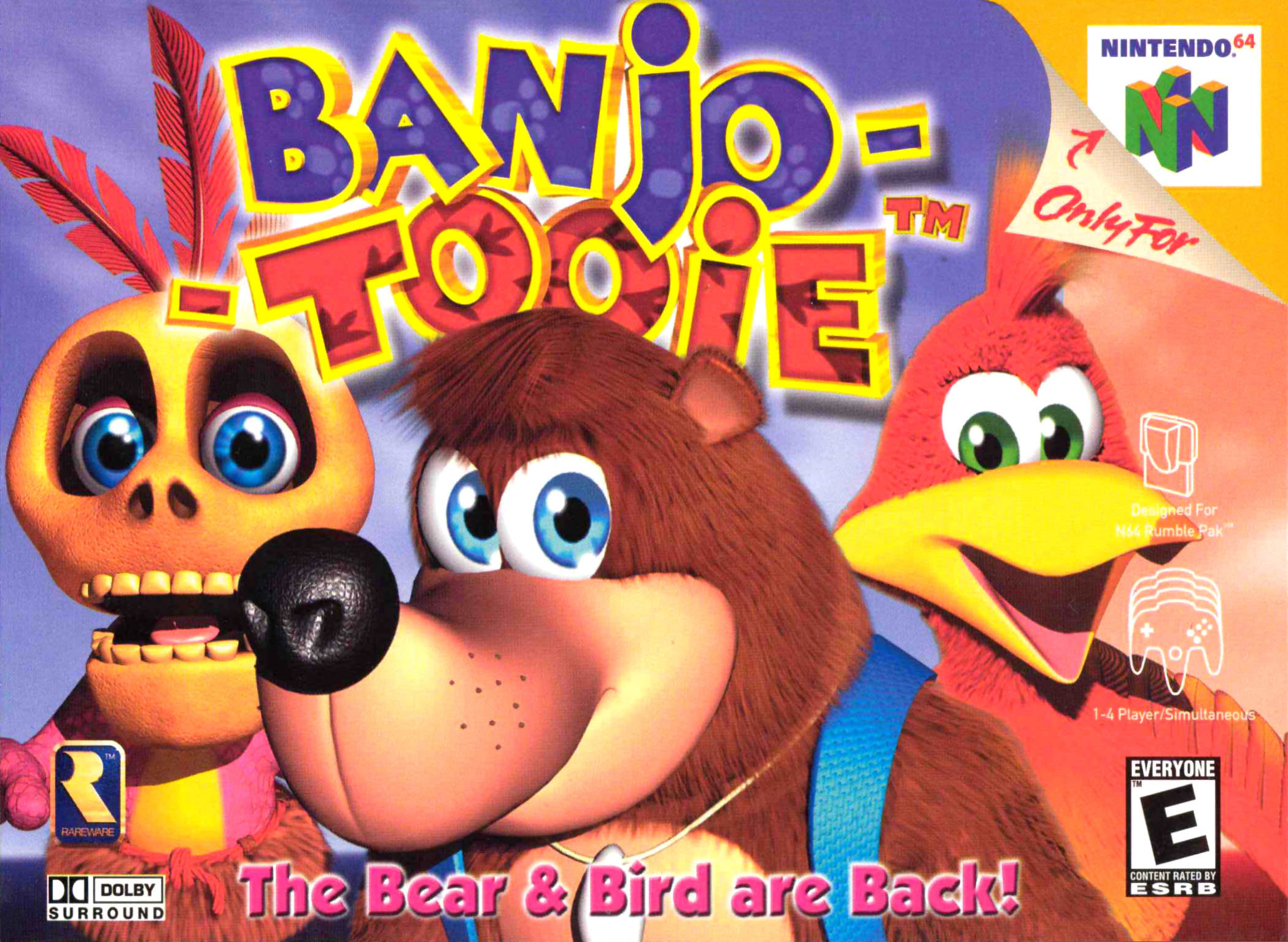 Thats right! The sequel to my favorite 3D platformer series is back!

I was super hyped about this game (this was far more than when I first experienced BK) - I would watch trailers (on my 56k modem connection) and see adverts and jump for joy!

When I got the game I was instantly amazed and surprised at how much it improved from the last game. The fact that each world is connected to each other and you will need to actually play further into the game to learn abilities to be able to collect certain puzzles in certain worlds after certain moments was a unique and huge experience for me.

I played this game multiple times over the years and will be planning to do a solo LP on it just like I did with the first game.

Its a shame that no proper third game was made as they released a GBA game which was a prequel to this game and then Nuts and Bolts mess on the Xbox360.