Available on PC, Mac and Linux on October 31.

SEGA has announced Football Manager 2014 will be available on October 31.

Pre-ordering the game from select retailers will grant early access to the game in beta form, estimated to be about two weeks before full launch. 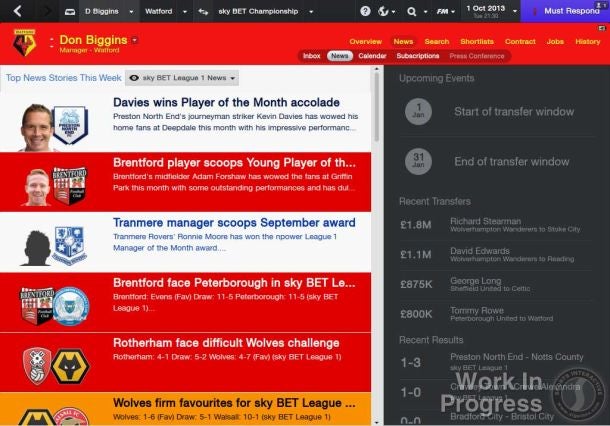 In a first for the series, Football Manager 2014 will be available not only on PC and Mac but also on Linux. The changes from last year's version number over 1,000, including cloud saving, full screen support for Mac and an improved YouTube export feature.