Movies Discussion - The Adventures of Tintin: The Secret of the Unicorn IGN UK review! - View Post

I have to admit, that I do not know too much about this movie.  ( I am licking the inside of a Nutella jar at this time) I know that Tin tin is a big character around the world. Stephen Speilberg is at the helm for this movie.  Here is the review! 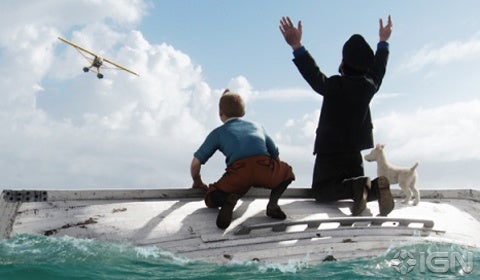 Tintin and Captain Haddock run into trouble on the high seas.

The result is a fine family flick that eventually runs out of steam and ultimately outstays its welcome, in spite of the fact that the run-time is a relatively brief 107-minutes. Which is frustrating as with some judicious editing and the emphasis on quality rather than quantity on the action front, it could have been a classic.

The decision to use computer animation is largely a successful one, though that spectacular chase aside, it feels like the film could have been shot on location away from the green screens, and thereby avoiding falling into that strange netherworld between live-action and animation.

Spielberg nevertheless seems to be having a ball with the process, bringing an energy and enthusiasm to proceedings that has been missing from his recent output, and proving that when he gets it right, there's no better action director around.

So while this may not be the perfect Tintin adaptation, it's nevertheless an entertaining one; a film that honours the charm and spirit of the books, and one that should please fans and newcomers alike.

Here is a trailer for us American who do not understand how well this movie is going to do around the world!