Switch is the best, but for some stupid reason Nintendo cripples its potential by not giving us more Joycon options, which is a damn shame.

For me it's a close race between the GBA, the Wii and the Switch.  In the end I have to give it to the GBA by a hair.  Here are the pros and cons of each.

GBA
Pros - When I think about my absolutely ideal way to play games, the GBA comes the closest. My ideal set up is 2D gaming on a CRT.  I take a GBA and I've found a grip adapter that makes it feel like a Playstation controller in the hands, but preserves the basic D-pad plus 4 button conrols which I love.  Then I plug this into a Gamecube and play GBA games on a CRT via a GBA player.  Every game I play this way feels fantastic.  (Obviously the better the game, the better the experience.)  Even if I don't use this setup though the GBA is great.  For controls, I believe less is more, so the D-Pad plus 4 buttons is what I want.  It's backwards compatible all the way back to the Gameboy.  And with a GBA player, you can play the games on the TV.  So it's very good all around.
Cons - The ideal setup takes a lot of work.  Not only that, but any improvement takes some work.  Playing on TV requires a Gamecube and GBA player.  The original GBA fits the hands well, but is not backlit.  The SP model is backlit, but doesn't fit the hands well.  So there are issues here, but I still consider it the pinnacle of 2D gaming.

Wii
Pros - The was built to be the ultimate gaming machine.  You could play Wii and Gamecube games on it.  On top of that the Virtual Console could play games from earlier generations.  The controls were made to be versatile to accomodate this.  The Wii remote could do motion and pointing (IR) controls, but it could also be turned sideways for NES games and other 2D games.  Then you could also plug in a Nunchuck or use classic controller or Gamecube controller to play all of the other games.  So the hardware was designed so that you could play whatever games you wanted using the control scheme you preferred.  There is a lot to praise about the Wii.
Cons - While it was setup to play every game the Virtual Console was heavily based on the service still being active.  In the pre-internet era, I can keep these consoles forever and still play the old games without needing service from the manufacturing company.  The is the biggest drawback of the Wii.  (And also every other Generation 7+ system.)  Even taking that into account it still plays Wii and Gamecube games with a wide choice of control options.

Switch
Pros - The ability to easily switch from home to handheld gaming is a huge plus.  What isn't mentioned as often is the 6" screen.  As much as I love the GBA I feel the screen is too small for my liking (and this goes for all other Nintendo handhelds as well.)  But once the screen gets to 6" I find I like the picture in handheld mode just as much as playing on my TV.  (I still prefer the sound from my TV though.)  Switch also has a wide variety of control options.
Cons - Joy-Con drift is a huge pain.  Also the controllers are overpriced because of HD rumble.  Those are the main cons, though.  Switch is really a fantastic design from a hardware perspective.

So, to conclude, I prefer the GBA mostly for my personal gaming tastes, but I also feel Wii and Switch are extremely good hardware designs.

SNES on top. Switch is the second best. (in general)

GameCube. Incredibly small and portable controllers, handle makes the GameCube easy to move around, smaller discs allow for a smaller device, ability to attach Gameboy reader on the bottom to play those games on the big screen, the best buttons I've ever pushed on a console (so smooth and they had that satisfying soft click sound after pushing them).

and I was high. 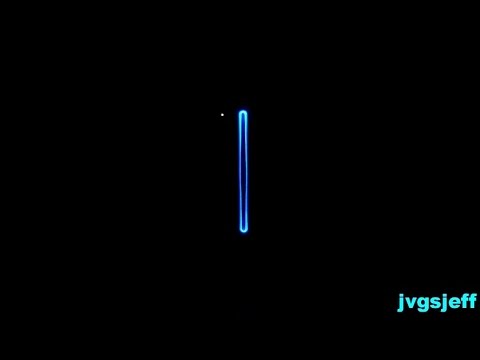 The Switch if you go for functionality, versatility. For durability though, it has to be the SNES, that thing was unkillable.

Not true. Mine was partially destroyed by a magma explosion in my cottage on the main crater of Mt. Etna. After we recovered it from the lava flows the on lever didn't quite work as well.

Pretty much summed up all I was going to say.

But I have to give a honourable mention to my close second the Gameboy Advance SP I found to have such great build quality with a small sleek design that fit well into your pocket which is everything I wanted on a Handheld and I don't think any other Handheld has gone close to it since.