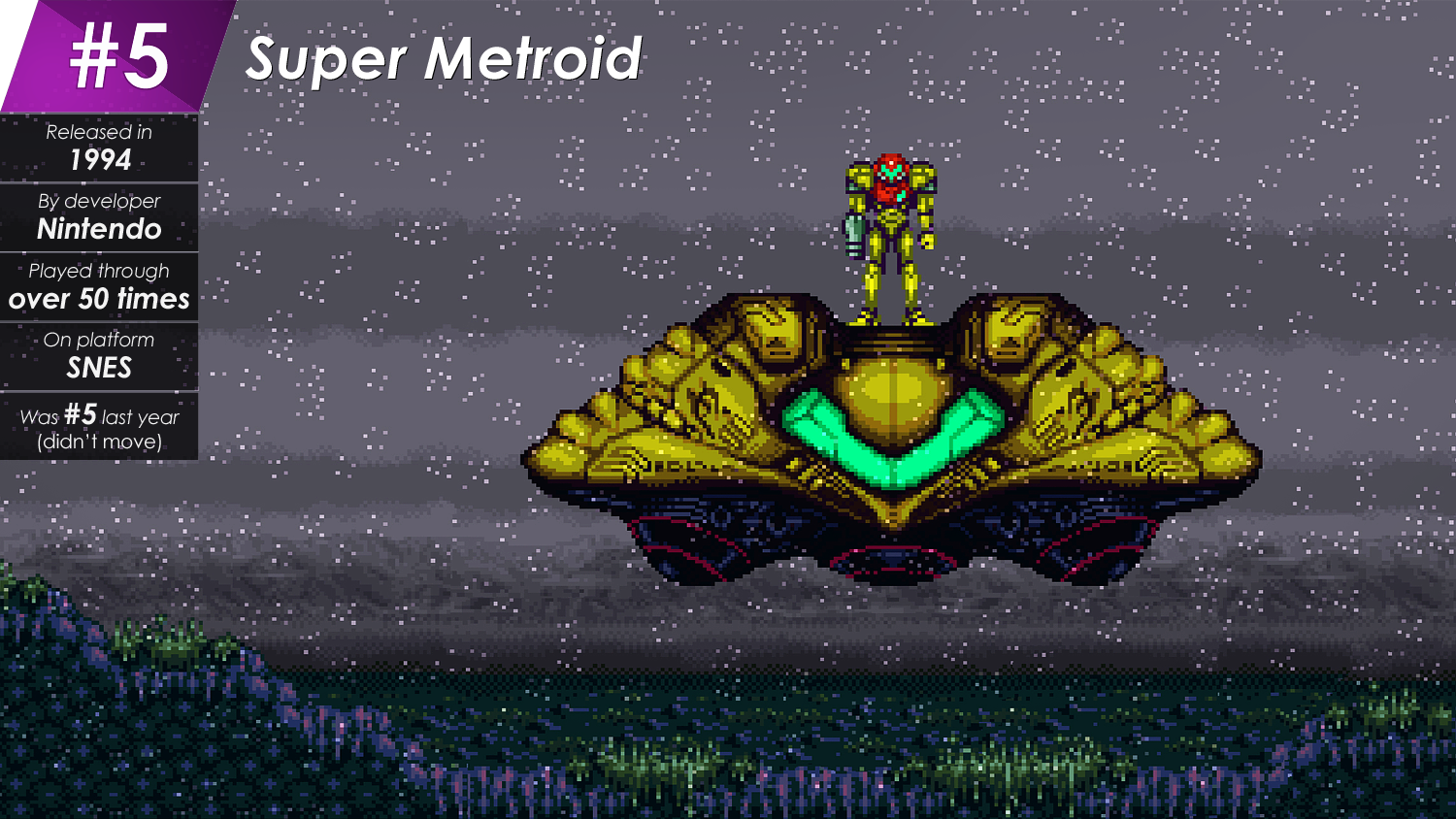 The game that kickstarted the genre as a whole is still my favorite Metroidvania. Barely... maybe. I don't know, but well, it's still made it ahead of Hollow Knight this year so I have to stand by that.

So, Super Metroid. Is there anything that needs to be said about this? Everyone knows it's great and everyone knows why it's great. The somber and nervy opening, followed by that incredibly atmospheric landing on Crateria. The way the game constantly creates suspense over everything, and occasionally pays it off by throwing surprises (usually of the unpleasant kind) at you in the most unexpected moments - such as the Torizo early on, which makes you distrustful of every single Chozo statue you come across for the rest of the game. The way the game subtly hints at events that are yet to happen in ways you're likely to not even notice at first. The world design does speak for itself, Planet Zebes here being widely regarded as one of gaming's best ever maps, but it's these subtleties that really set the mood and establish an amazing atmosphere that immerses you completely in its world despite it being a 2D sidescroller. I still remember the nervousness of going inside Tourian for the first time, not knowing what awaited me down there... simply having something foreshadowed for so long can leave you frightened when the time actually comes, and that's one of this game's biggest qualities - so much so that only one Metroid game has since been able to recreate this feeling equally as well (Prime), even if there were a couple that came close.

It's one of those games where everything just comes together. Music, sound design, visuals, gameplay, level design, enemy design, bosses, all of those are great on its own but the way they combine in-game is so coherent and seamless you can barely tell there were actual human developers behind the creation of this world, despite how throughout your whole journey you're probably following the exact path they envisioned you taking (unless you're me and decide to exploit all the cool sequence-breaking mechanics they added in the game to make speedrunning awesome). Super Metroid is pretty much perfect - I called it the best game ever last year, and I think I can still stand by that claim... it's just not quite my favorite, but it's damn close.