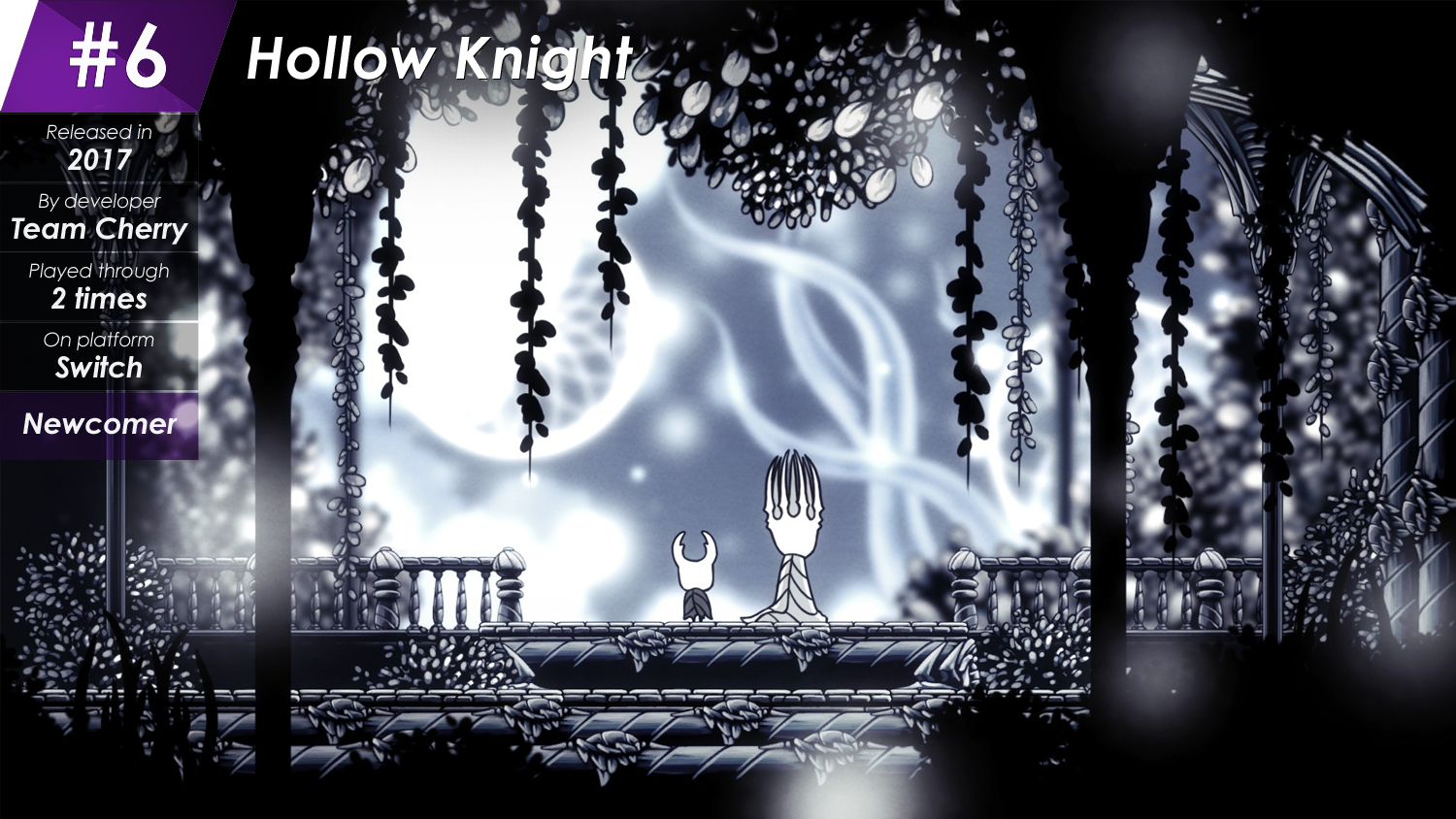 This is one of those games that isn't satisfied with merely blowing your mind, it also needs to blow your heart. I don't even know where to begin with this one, which is funny because it was the same when I first wrote about it (here). Back then, I was unsure over whether recency bias was affecting my score, but having gone several months without playing it now, it still feels just as special thinking about it. Put it simply, Hollow Knight is a masterpiece. No two ways about it.

It's the Metroidvania with the largest map, and it's also incredibly cohesive and interconnected. It's got simple and intuitive combat, but filled with mechanics that make it interesting and engaging, with loads of amazing bosses on top of that. It's a serious challenge, but it never quite gets too ridiculous (except that damn Godmaster DLC). It has a soothing, beautiful soundtrack. Its artstyle is simply wonderful. The biggest standout here, though, was the beautiful (and very sad) story... it's amazing how they made everything so relatable, and you can't help but feel for some of the characters here, because even if they were flawed, you understand the goodwill behind certain actions.

But more than anything, Hollow Knight's biggest strength is how it wants you to learn things, instead of spoonfeeding them. The tutorial is simple and straight to the point, if you want to get good at the game it's up to you. There's no exposure at the start, if you want to understand the mysteries of Hallownest it's up to you. You're not even given a goal at the start, just go out and explore... if you want to know what's your very mission, it's up to you to find out. In many ways, this is the 2D Breath of the Wild - it's all about that freedom to explore a massive world, to understand the game, to learn about its past, to always make your own path. Where it isn't like Breath of the Wild, though, is in how it actually provides players with a constantly engaging story with hidden mysteries that just keep getting darker and more interesting the further you go (instead of spoiling all of it early on), and ultimately rewards you with an incredible ending that had me in utter awe and shock.

I can't praise this game high enough. If you haven't played it, just do. If you have... also do. It's that simple.