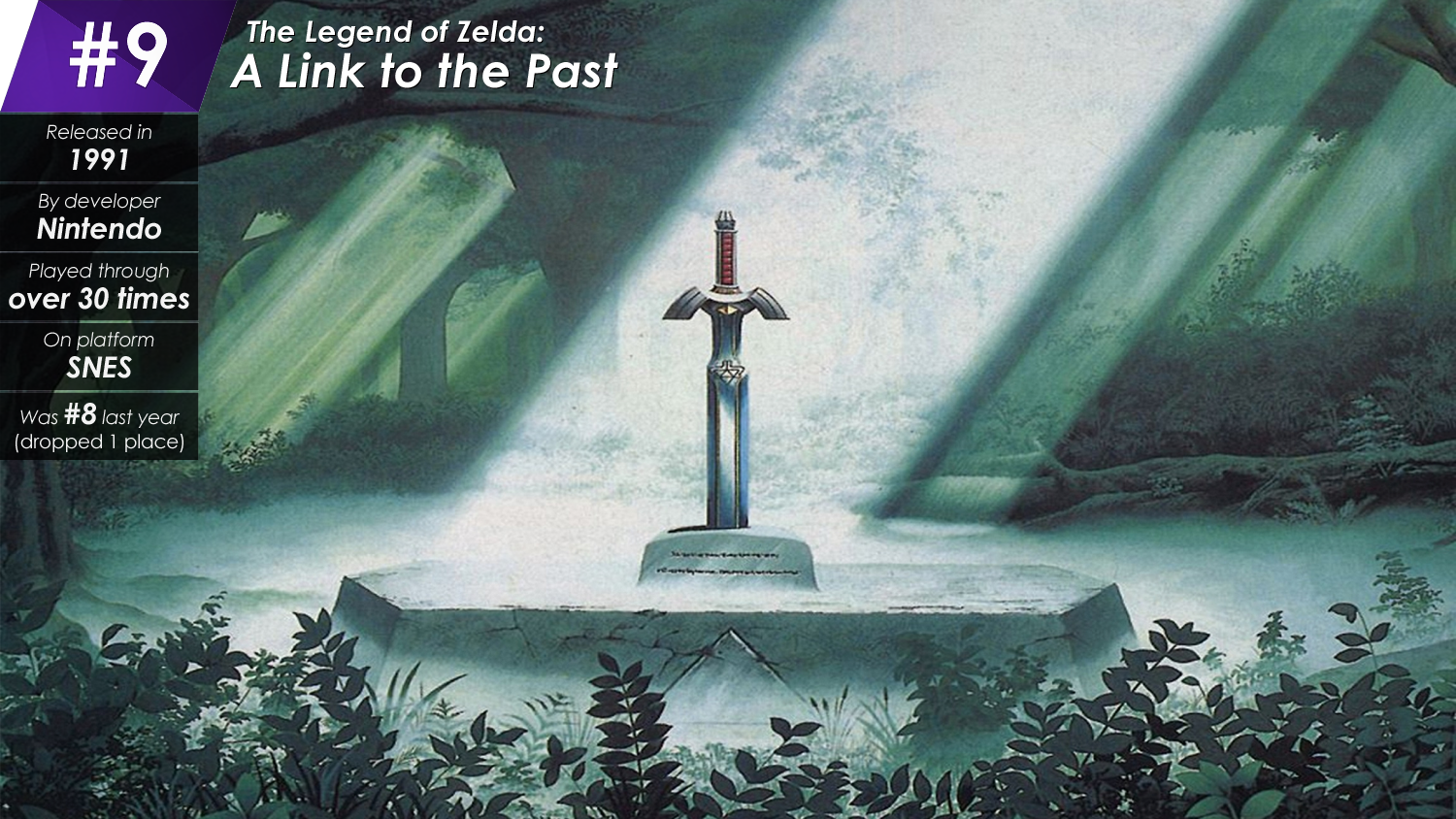 The very definition of a classic. A Link to the Past is one of those games that is mostly just perfect, there's almost nothing I can find wrong with it - but at the same time, it feels like there's nothing that stands out too much. It'd be insane to say this game didn't take too many risks, because it basically invented the Zelda formula as we know it (or knew it, I guess), and it did so by changing a lot on the original entry, but in the end this does feel like just a quintessential Zelda game with all the stuff you'd expect from it and none of the stuff you wouldn't expect. It's a masterpiece and it's timeless, and it's a game I don't have much to say about, because it speaks for itself.