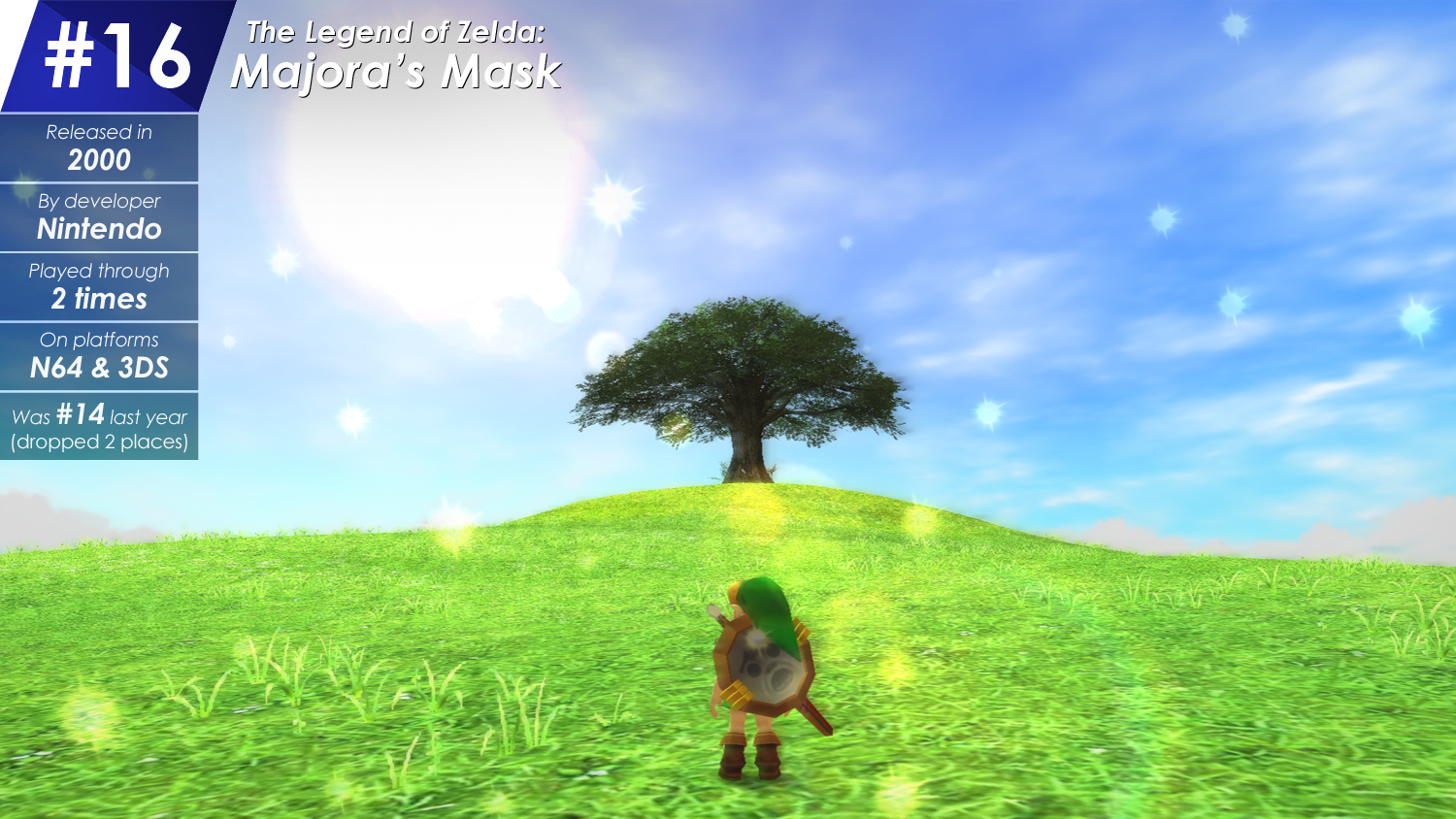 One of the most brilliant Zelda games. Majora's Mask came right after Ocarina of Time, and Nintendo was wise to not even try to outdo its predecessor, instead opting for a wildly different approach we hadn't seen before (or since) in a home console Zelda. Everything was twisted in Majora's Mask, and it worked wonders - it had such a strong atmosphere, with a real sense of doom about it, and as a sequel to Ocarina of Time it almost felt like some sort of weird nightmare that couldn't possibly be true. Beyond the atmosphere, though, this was a proper great Zelda game, with some great bosses, a couple of incredible dungeons (nothing quite like Stone Tower Temple, to this day), and a wealth of engaging side-quests with their own storylines, which were often quite impactful too. This game was just pure awesome.