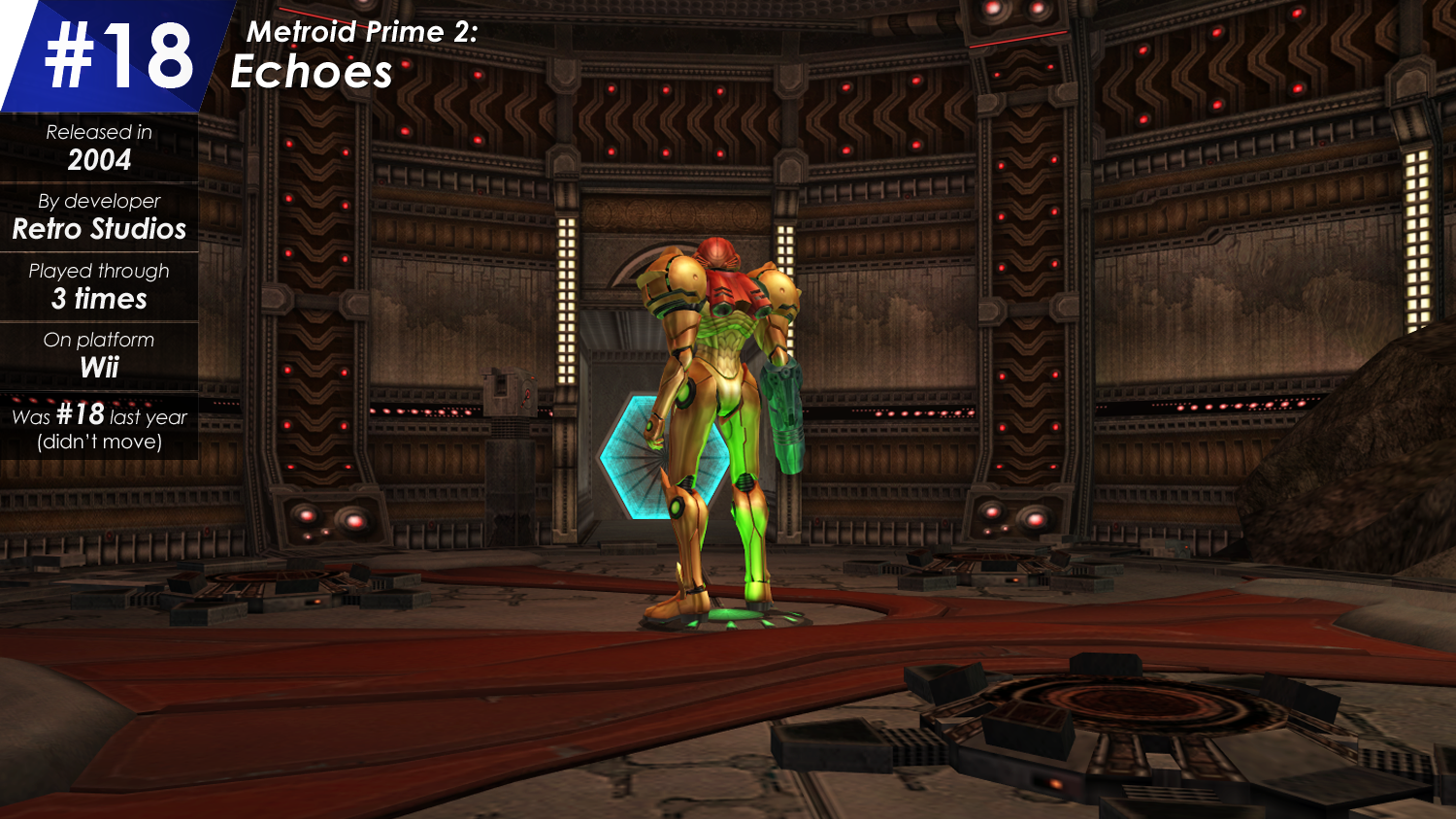 Bliss... almost. This game is, in many ways, the absolute pinnacle of Metroid. It's the most expansive 3D entry in the series, and it feels like the most deep and complex evolution of the original formula set by the SNES entry, featuring a huge world, loads of enemies and bosses, a lot of power-ups old and new, and even a more developed story with plenty of really cool lore built around interesting locales.

Sadly, this game also has one very deep flaw that becomes enough of a nuisance for it to barely be in the conversation when talking about which Metroid game is the best - the Dark World here is just the worst kind of pace-breaker you couldn't ask for. It's an uninteresting place, with repetitive visuals and themes regardless of which area you enter it in, isn't anywhere nearly as connected as the Light World which means at no point in the game can you explore it freely, and really in the end it just destroys the pacing of the exploration at any time you enter it, because of it's damage mechanic - simply being in the Dark World damages you, so you need to explore it quickly while moving between the light beacons that protect you. It's an interesting concept on paper, but on practice it becomes awfully annoying, because the light beacons not only protect, but also heal you... and since this is a hard game, and dying usually comes with a large enough punishment, you'll always want to stay in the beacons to refill your health, which takes a ridiculously long time and turns what should have been a frantic moment into just a whole lot of... waiting. It's dull, it's boring, it isn't interesting and inevitably it ruins the game quite a bit.

However, although the Dark World is a big issue, it's only one that hinders an otherwise masterful game. Echoes outdoes its predecessor in almost everything, with a larger, more complex and more interconnected world, and more distinct areas that feel far more alien (and more Metroid as a result) than Tallon IV's rather generic settings. It has a more intense atmosphere and is much harder at its core, which makes the game far more thrilling to experience, and there's even a real escape sequence this time. Although Prime has a much better soundtrack and a better selection of boss battles, ultimately the reason Echoes falls short is really because of its Dark World... but it isn't enough to make the game itself fall any short of amazing.

*not-so-shamelessly copied from last year - I mean, this is quite a deserved copy-paste*