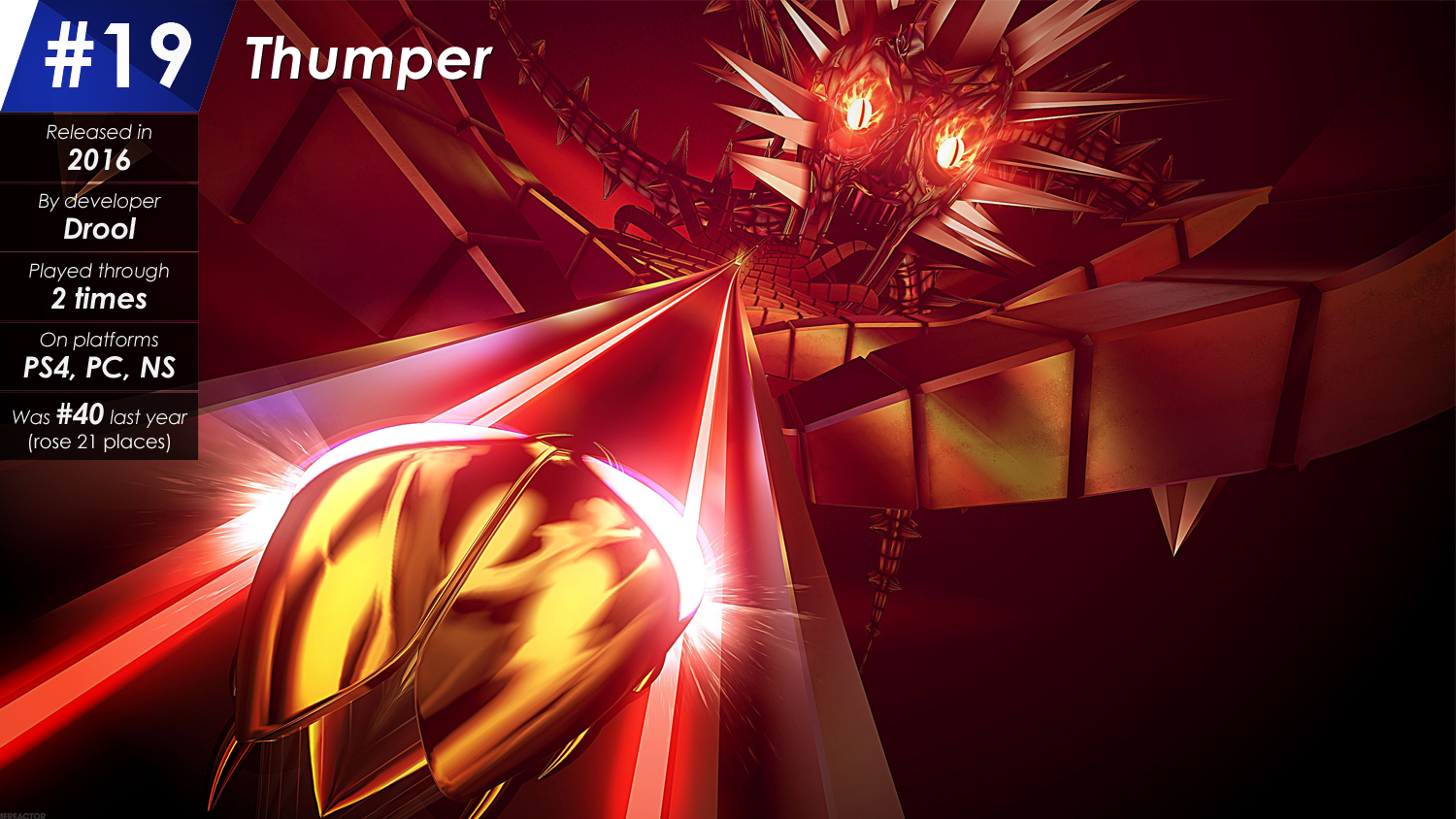 When I put Thumper on my list last year (at #40), it was based off of a couple levels played through on PSVR, and a few more played on PC. I had never finished it back then, or even come close, so when I did get to play through the whole game twice this year and experience its crazy challenging final levels and awesome ending, it felt almost inevitable that it would rise a lot - still, 21 places year-on-year is the most a game's ever gone up on my list and that can't go unnoticed.

Thumper is another game I wrote a good bunch about earlier this year (here), but that was still after my first playthrough on a friend's PSVR (definitely the best way to play the game, though). Having later bought the game on my own Switch and playing through it a second time, and getting S rank in every level was just as enjoyable of an experience, if not even more. I've not got much more to say about it, this game is just amazing and more people should give it a go.