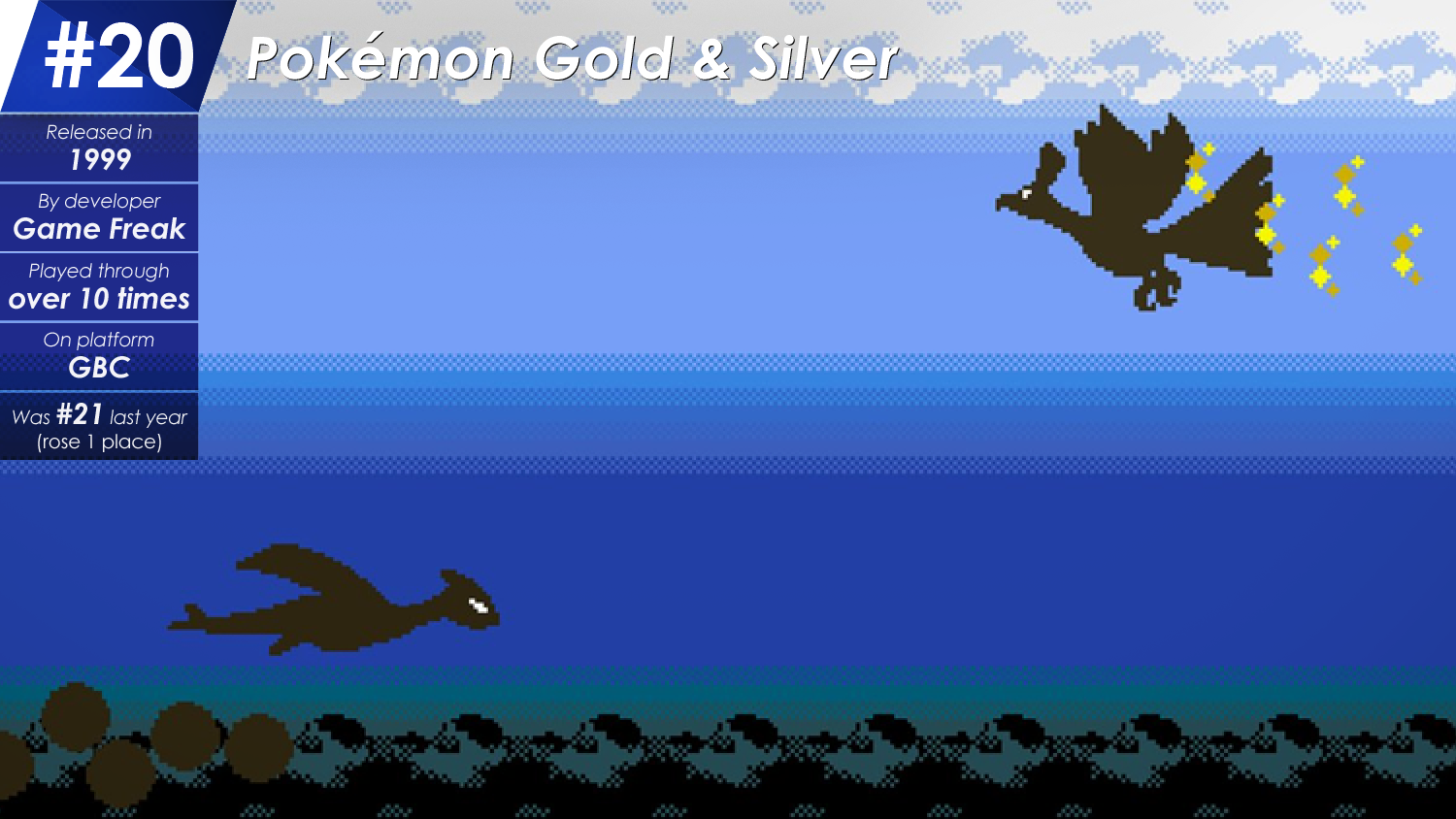 The one Pokémon game you simply can't go wrong with. Gold & Silver are to this day, potentially as close as this franchise ever got to perfecting its original ideals, improving on almost everything from Red & Blue, with the introduction of Steel types, Dark types and Special stat splits making a far more balanced game, the introduction of held items which would go on to become very important in competitive Pokémon, the day/night cycle and a lot of other great stuff. All of that wouldn't mean much however if Gold & Silver didn't have that creative spark, though - but oh boy, it does. The Johto region, for as small and simple as it is, is actually pretty freaking awesome, the 100 new Pokémon are mostly pretty cool (especially the legendaries), and some of the characters you meet are pretty interesting and iconic - but by far the game's biggest winner here is the soundtrack, which stands as easily one of the best in the franchise. Everything from the city themes to the route themes to even the surfing theme here is just breathtaking, and makes a great game just that much more magic.