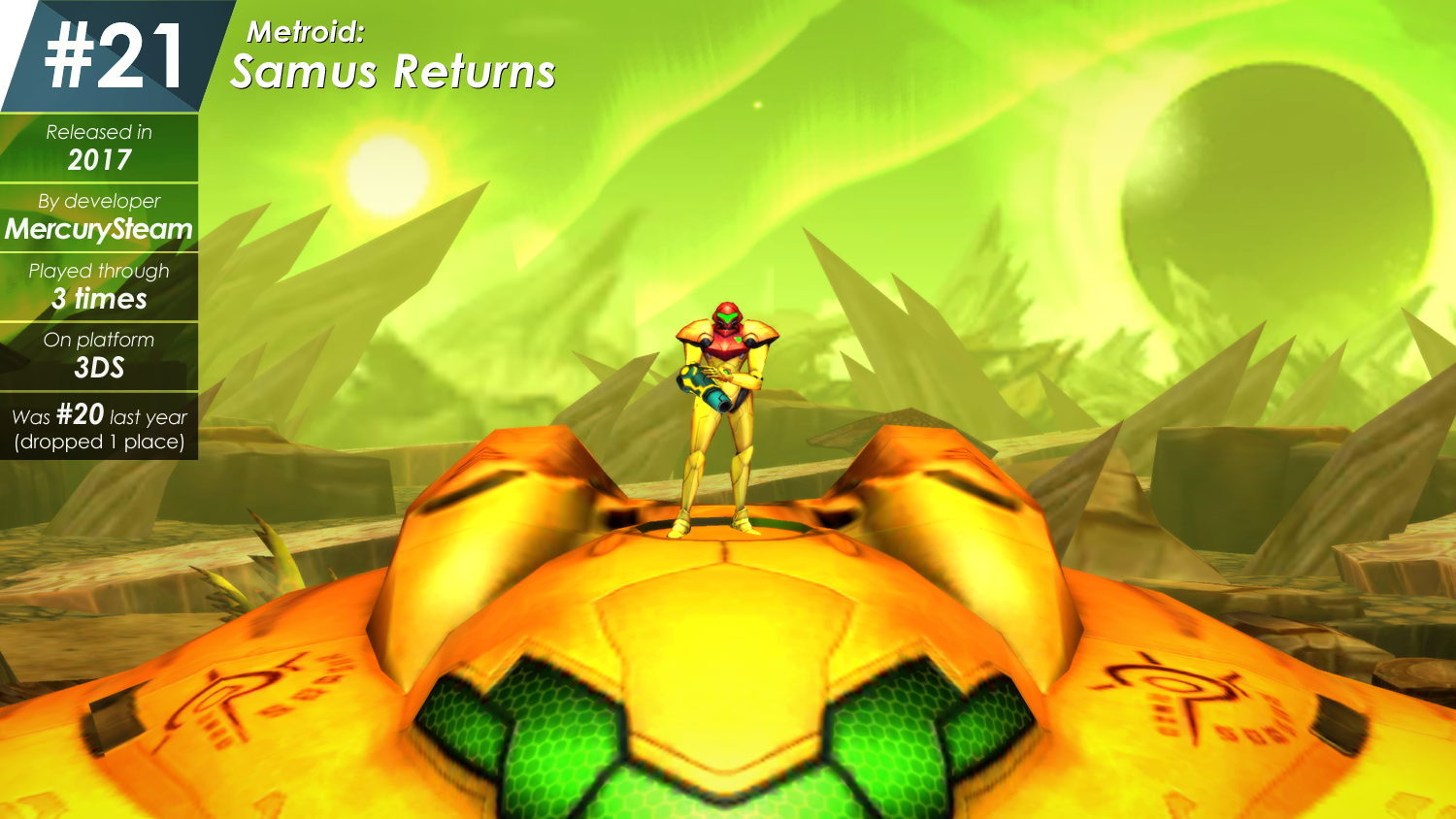 I honestly didn't expect this one to hold up as well as it has. A year on, I still look back upon it as one of the great games in its series, and have loads of great memories of it (none of which involve playing it on the god damn 3DS). There's not a lot to say about it, though - it's just a god damn fine Metroid game. Good bosses, good atmosphere, good exploration, everything just works here, even if it's nothing new or groundbreaking - not that it has to be, since at its core it is a remake of Metroid II.

With Prime 4 inevitably coming next year (well, at least its reveal), there's a lot of reasons to be excited about this franchise now.