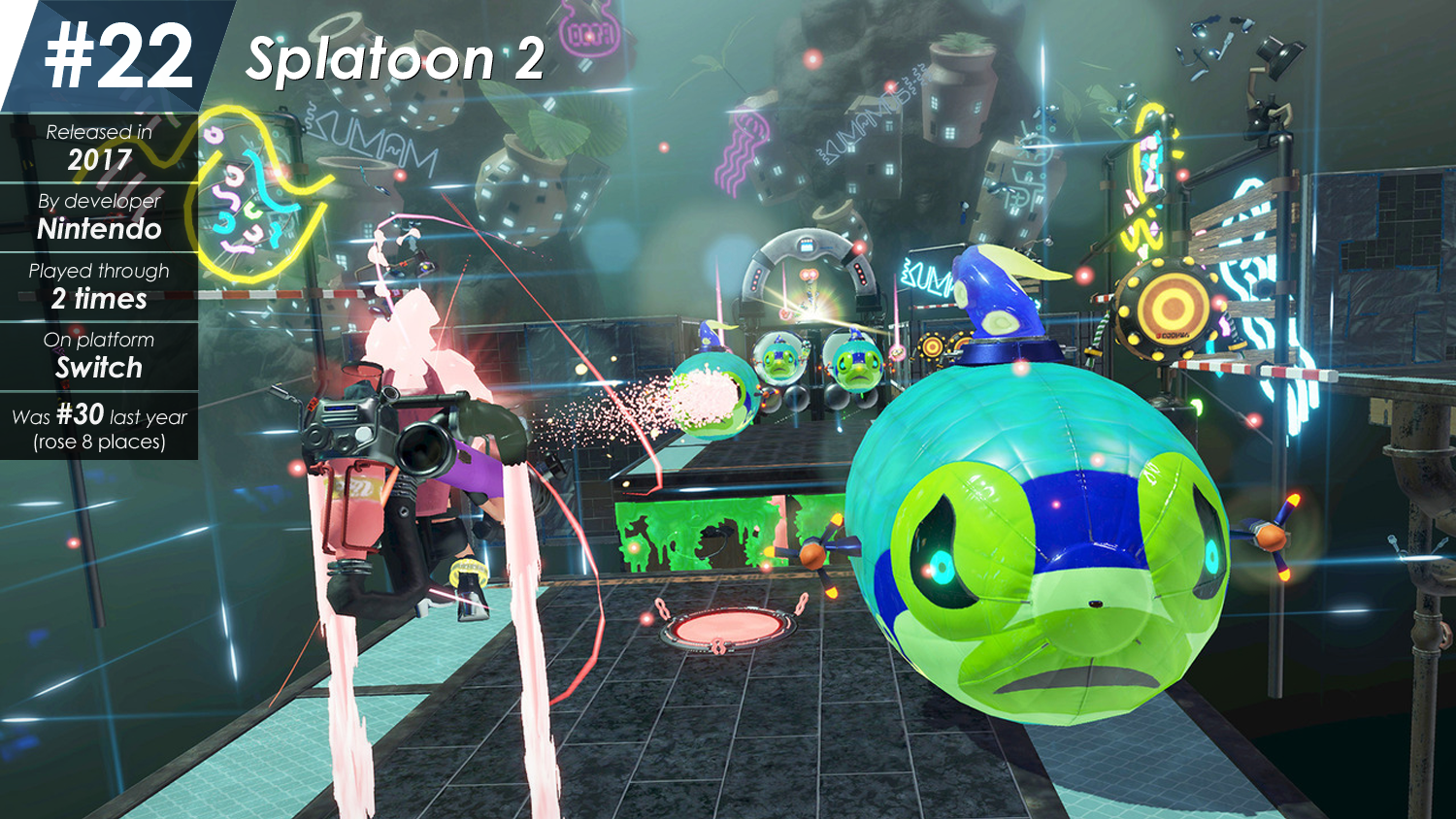 This game rose quite a bit in my list this year, and really, that was only to be expected. As a multiplayer-focused game, a lot of my thoughts on it are inevitably going to be intertwined with my personal experiences and memories of playing it online, and as such, it was always lower than it'd otherwise be last year, when I had just played through the campaign on a friend's console. Having got it myself this year, though, yeah... Splatoon 2 is quite awesome, just an overall massive improvement over its predecessor, featuring more (and better) stages, a bigger (and better) soundtrack, more (and more balanced) weapons, and loads more. The single-player campaign is, as a whole, also slightly better than the first game's in my opinion, except for the final boss, which was really never gonna live up to the original.

What really stood out, though, was the Octo Expansion. I wasn't expecting so much from this $20 DLC campaign, but beyond having loads of challenging content (not something you'd normally expect from Splatoon's single-player modes), it even featured a cool story, and the ending was just breathtaking, making me feel genuine tension and hype - often a mixture of both - throughout. It was really awesome, even if I don't see myself replaying it any time soon. That 100% extra boss can go to hell, though.