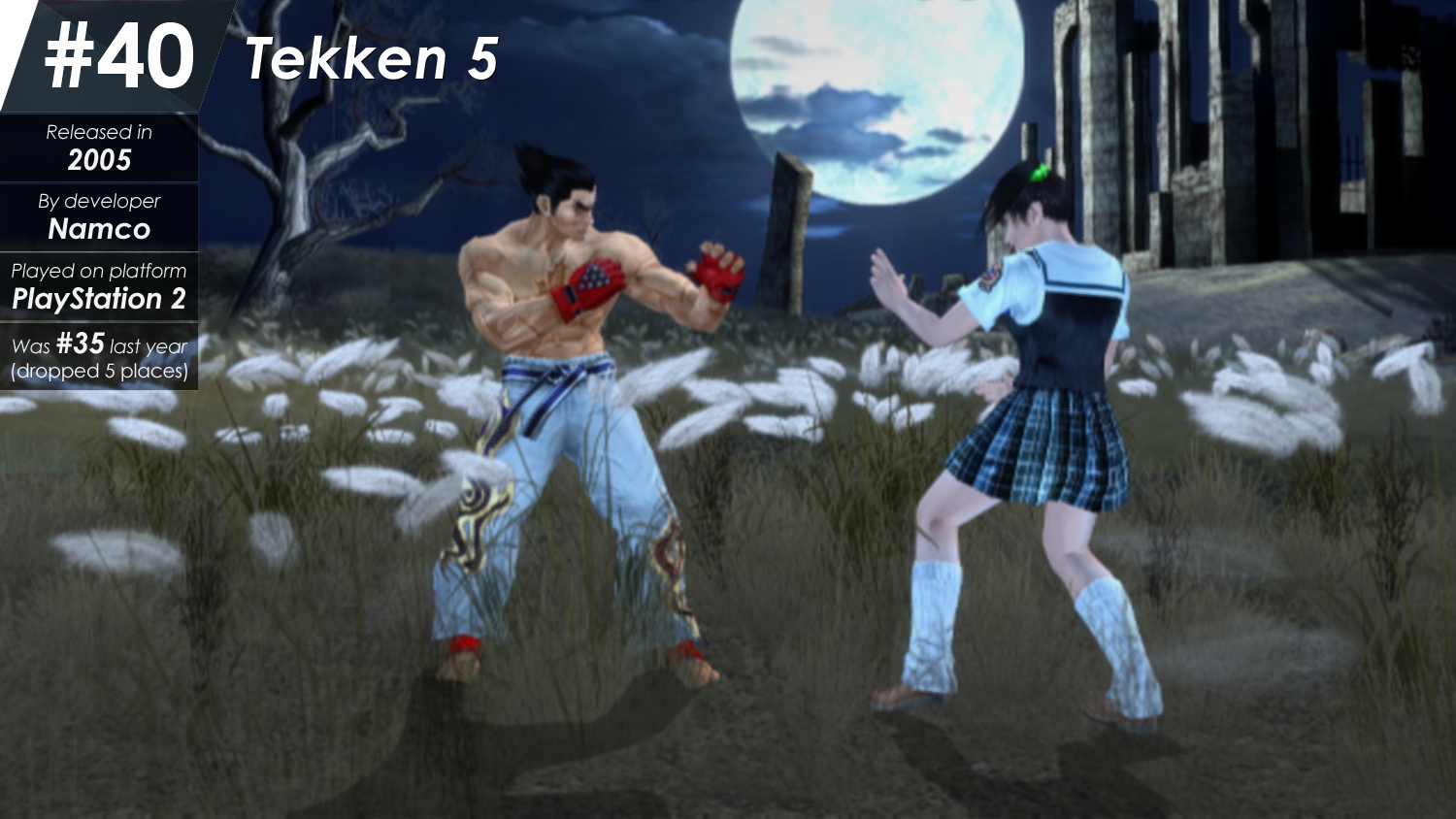 One of the best fighting games I've played, at least back then. There seems to be an ever-growing plethora of fighting games these days, but back then the truly good ones were few and they stood out quite clearly. If I'm being honest I've never been too much of a fighting game guy - that is to say, while I've enjoyed some, I've never gotten into the genre as a whole, rather usually sticking to only one game at a time. While in the present that fighting game has been Smash 4 (and soon Ultimate), in my child and teenage years it was Tekken 3 and 5. Both of those were pretty awesome, but Tekken 5 was on a whole other level. This game was just awesome, with loads of cool backstories for each character (and it was quite a large roster), beautiful graphics, a great soundtrack (Moonlit Wilderness and Formless Like Water particularly stood out), and even a weirdly cool third-person single-player mode. If there was ever a time I could call myself a Tekken fan it was here, and for good reason.