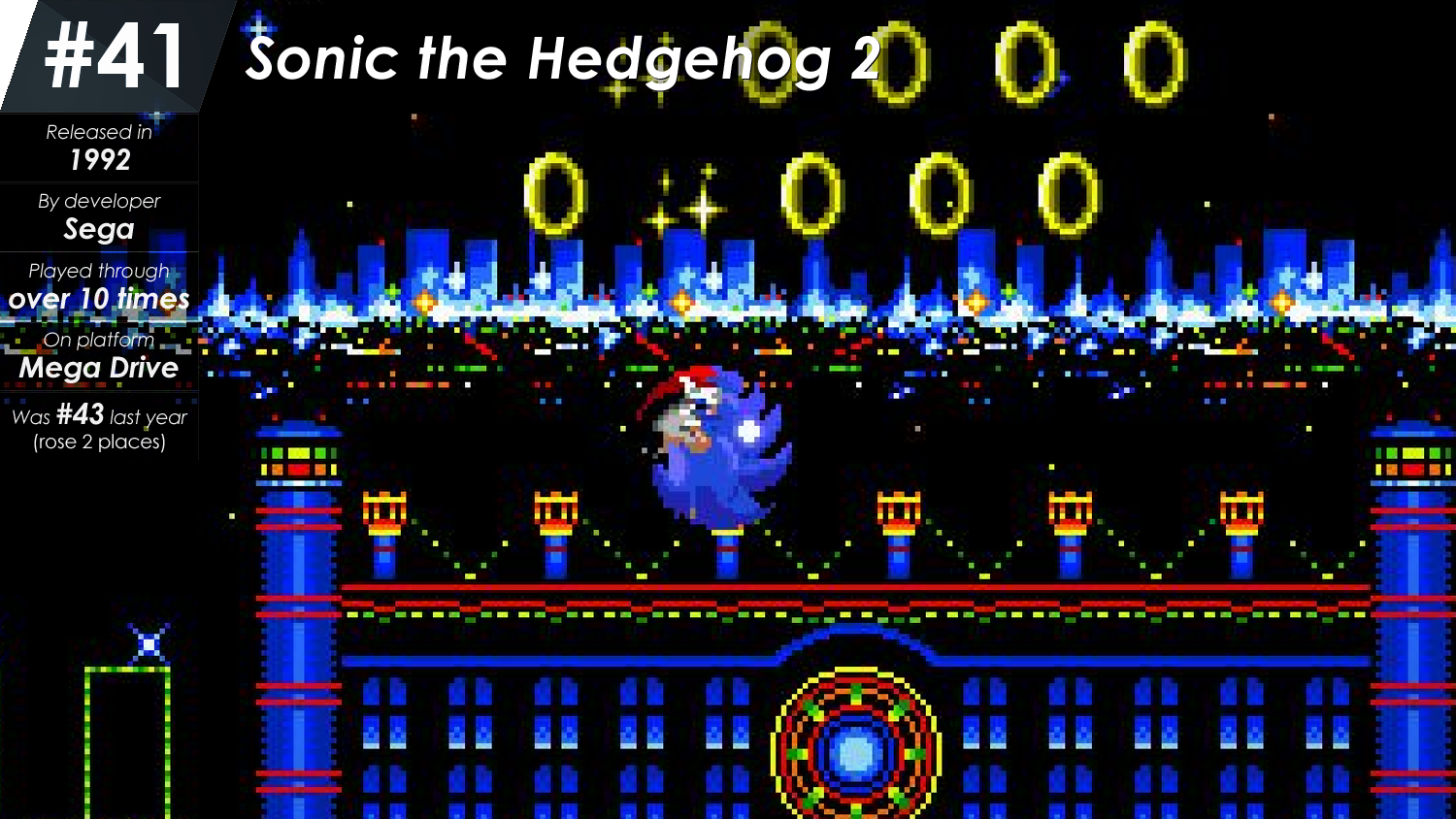 The best Sonic game, hands down. Whereas the first one was too basic and barebones, this sequel expanded in all the right ways without losing the fast-paced platforming essence of the original (something the third game would eventually lose). I've not got much to say on it, really. It's one of those I haven't played in a long time, but it's here because it was one of the games I've played most in my childhood, even though I never managed to beat it back then, having only reached Wing Fortress Zone at best. Nah, the Sonic game I did manage to beat as a child was Sonic 3D Blast, and while that game was fine, this was just better - obviously. It's just a good game all round, but if there's one thing that definitely stands out it's that awesome Chemical Plant Zone music.