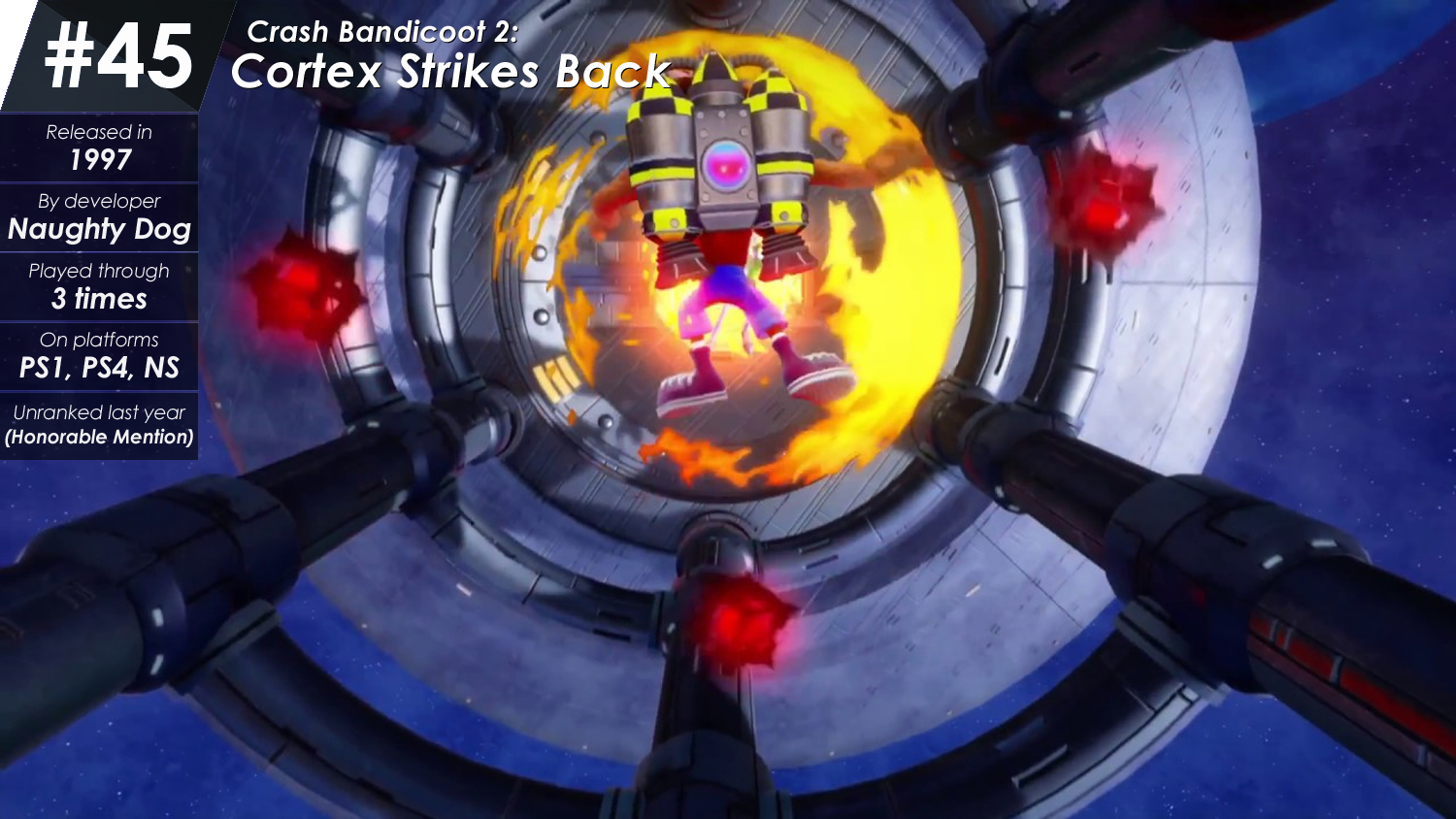 My young self would kill me for putting this above Warped... oh well. The N. Sane Trilogy came for a reason, and that reason was probably just being able to enjoy these games in awesome graphics, but furthermore, it was proving to me that Cortex Strikes Back was the true MVP. There is a certain progression among the Crash Bandicoot trilogy: in the beginning, it was quite hard and had very basic movement as well as few different types of levels and environments; by the end, it got pretty easy and offered loads of ways to tackle its varied levels. That is to say, if Crash 1 was too hard and basic, and Crash 3 was too easy and gimmicky, Crash 2 was the perfect balance. Here there was far more level variety than in the first game, while still keeping its platforming roots going strong (and on the occasional gimmick level, well, they don't get better than the jet-pack ones). It allowed you more movement options to make the platforming more doable, while not turning it into a total breeze like in the third game. And the story/atmosphere, while still very simplistic because it's Crash, was much better than in either its predecessor or successor.

The only gripe I can find with this game is that gunning for 100% made the backtracking on some levels quite annoying (particularly Diggin' It), but it wasn't ever a deal-breaker.