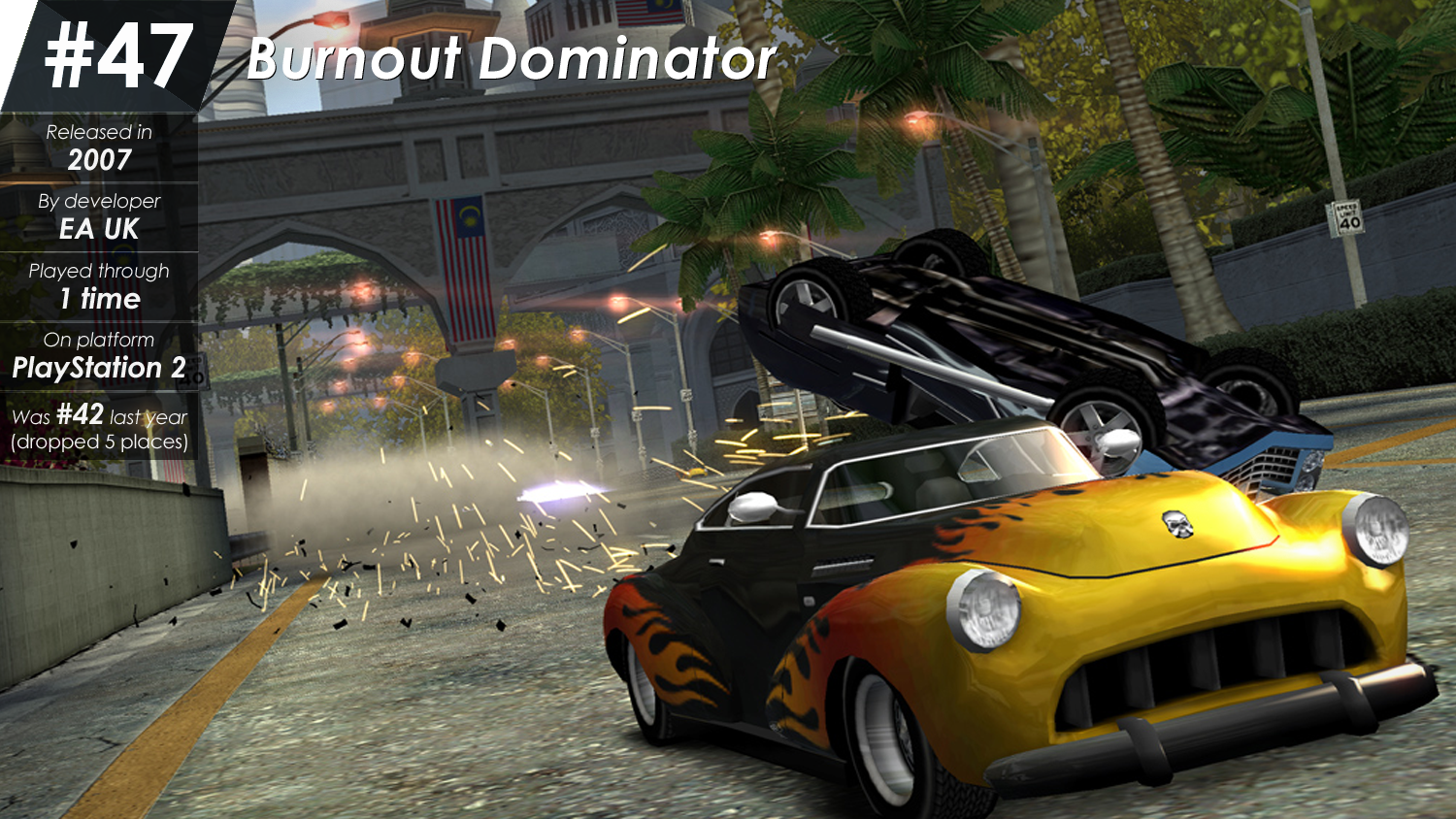 Guessed by no one... again!

Burnout is quite a beloved gaming franchise. There are loads of people who are fond of games such as Burnout 3, Revenge or Paradise, just to name a few, but Dominator is definitely not one that makes that list - so much so, it's never been guessed in this thread despite being on my list every year. It's easily my favorite Burnout game though, mostly because of the combination of mechanics which make driving constantly engaging by encouraging you to drive as dangerously as possible to continue boosting endlessly, which in turn makes you go faster and consequently makes the driving even more dangerous... it just felt really, really good. The tracks were mostly quite awesome too, and I just loved the hell out of it. I wish most people would play this instead of the overrated Paradise, but hey, not every great game gets its time on the spotlight.