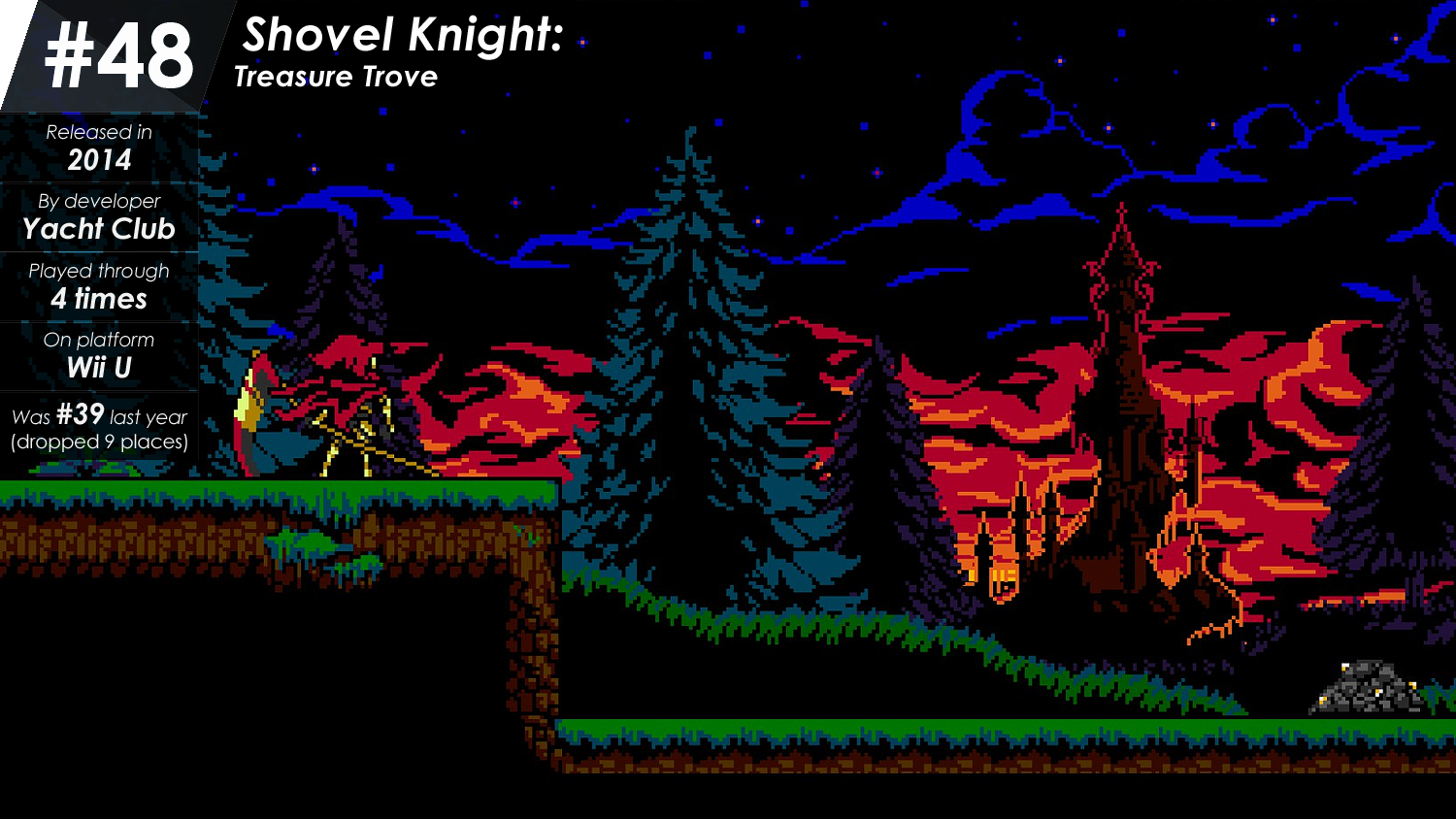 Here is Ultra's yearly bother - though he might be glad to see it continue to drop heavily on my list, and nearly out of it this time. That isn't to say this game is great, but I do find it slightly overrated and if not for Spectre of Torment it would have probably dropped out of my top 50 a long time ago. Spectre of Torment did happen though, and it was awesome - elsewhere, I don't have much to say about Shovel Knight that hasn't been said already. It's a great game, but not really a special one. It has a lot of personality, but can also feel sometimes a little generic. It was probably the best indie game about a "knight", but it isn't anymore. So, #48 it is - hoping to see this one back here next time, but it's getting harder with each passing year. You've had a good run, Shovel Knight.