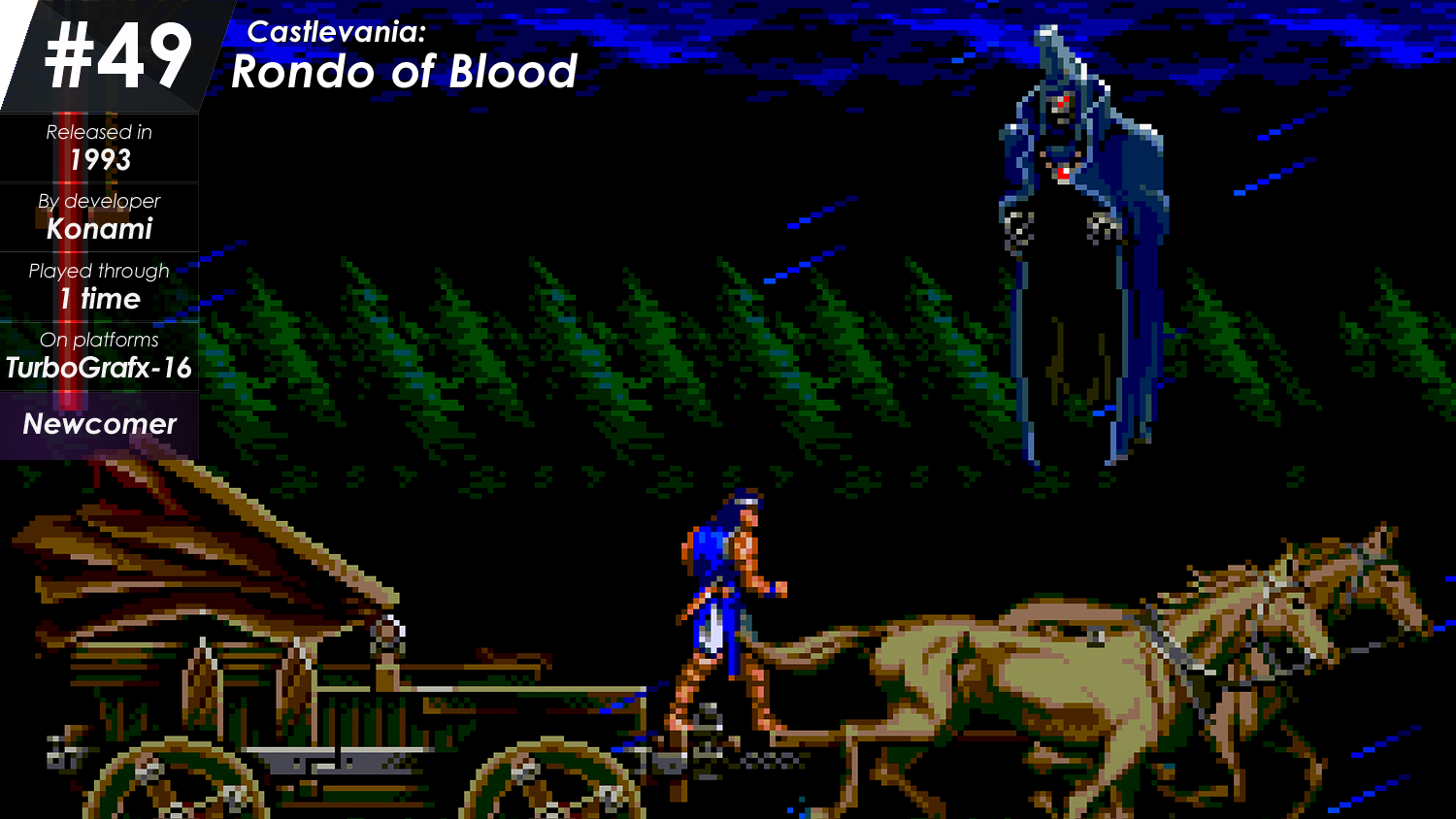 I finally got into the Castlevania franchise this year, and it wasn't something to regret. I haven't played many of its games yet, but out of the ones I did, Rondo of Blood was definitely a standout. It's probably the undisputed best classic platforming style Castlevania, striking a near perfect balance between the more restrictive controls of the NES games and the overly versatile options of Super Castlevania IV, while also featuring different paths without losing focus on the core level design. There are many memorable bosses, stages, and music, even if the soundtrack is a little too reliant on pre-existing themes. For whatever reason, though, I could never get around to replaying this one, unlike a certain other platforming Castlevania I played the hell out of, so I can't put it as high even if it is an objectively better game.

On a separate note, when Richter showed up in that Smash trailer, damn... that was some hype right there. By all means I should've been hyped throughout the trailer, because Castlevania in Smash (!!!), but since I was already expecting it because of the leaks, it was the Richter moment which got me out of my seat. Just awesome.