I'm cutting back on gaming. 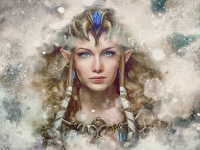 As is fairly evident, I'm a pretty avid gamer and I buy a lot of games. Thing is, I've realized, due in large part to Assassin's Creed II that I'm just not having fun. Some games I'm having loads of fun with, but a lot of games I play just aren't doing it for me, at all. And I need to stop spending money on them. I'm not saying Assassin's Creed II is a bad game - Far from it. It's clearly a very well-made game, but during the 10 or so hours I've invested into it I really just haven't had a lick of fun. And I say this as someone who really enjoyed the first game. I don't even know why, I'm just not enjoying it much at all.

So this year I'll be cutting back on my gaming purchases. I am in no way quitting gaming, because I still have tons of fun when equipped with the right game, but I'll be cutting down, perhaps severely, on the games I purchase and the games I play. As a result of this, I may end up posting a lot less around here (something I feel has already happened these last few weeks).

Like I said, I have no idea if anybody even cares, I just wanted to get this off my chest to all of you. I'm just really happy that I haven't lost touch with gaming entirely, because I still feel great amounts of joy from a lot of games (for example, Nintendo-games, which have always been my true passion within gaming).

Yeah, I also need to cut back, at least on buying games for awhile, not so much playing them (I just graduated, so plenty of time to play them now). But at the end of last year I went a little overboard with my gaming purchases with all the amazon deals. Bought MW2, NSMB Wii, Muramasa, Scribblenauts, Little King's Story.. Plus I still have barely played through Metroid Prime Trilogy, Brutal Legend, Mass Effect, and Resident Evil 5, and haven't even started Kingdom Hearts for DS yet. I'd say I'm pretty much set for the next couple of months, until Monster Hunter 3 arrives in March.

I don't think you should do that.

I think you should start renting.

Game rental is pretty much nonexistant in Sweden. Last time I saw it available was back when N64 was the newest console, and even then it was severely limited.

It can't be just ACII though. Which other games in the past year have bored you? Or rather, which other games have made you realize you're getting tired and bored with gaming.

Well, I've gotten at least a certain degree of fun with most of the other games, but a few that come to mind would be...

MadWorld - It was pretty fun, but it sure didn't feel worth it's price.

The Conduit - This is pretty weird because I actually had a pretty good amount of fun with this game when I played it, but then I turned it off because I had a headache and I haven't played it since. So I've only ever touched it once.

... But I still got fun out of them, something which I'm not getting with AC2, even though it's clearly a more well-made game than the two I just mentioned.

Conversely, I have gotten extreme amounts of fun out of Street Fighter IV, Punch-Out!! and New Super Mario Bros. Wii. I just want to try and streamline my consuming so that I only get games I'm absolutely sure about - No more "It'll probably be fun". Just the games I'm 100% sure about.

I actually with you Majin....minus the quitting...this gen has been very dull for me as well..hopefully it will better for both of us in 2010

With any luck :) I have high hopes to be honest, especially if I can just keep my focus on the games I really, really want.

So because one game wasn't fun at all (Assassin's Creed II) you are semi-leaving gaming? lol

I will also be cutting down on my buying habits this year. Not because I'm losing any sort of enjoyment with video games... but because my time has been extremely limited for the past few months... and will continue to be very limited until the summer.

It's somewhat silly for me to continue purchasing games at such a pace when my backlog is growing bigger and bigger. Seriously, I haven't even touched Klonoa and Silent Hill yet (not to mention the games I haven't beaten yet), and I feel like I'm rushing through a lot of games just so that I can go on to the next one. How can I enjoy a game like that? Fact is, I can't... and I want to get the full enjoyment out of all of my games.

So right now I only have money saved up for one game until the summer: No More Heroes 2. Other than that... I need to go back and really enjoy the games I already have. Don't worry Little King's Story... I'm coming back!