haha..u guys are really knowing well about manga, even more than japanese lol XDDD, sorry i dont want to ever be an OJI-SAN, Being an OBA-SAN is way better. 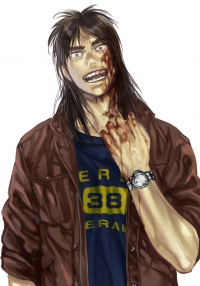 I think westerners love everything Japanese trust me, I'm still aiming to go there 19-22, but my Japanese skills are too poor at the moment.

Can someone answer my question since this is my first time doing it. Well, it's not like all Japanese like/read manga, nor is our small manga-loving circle here on VGChartz very indicative of how most people feel about manga =)

But as Kamal said, Westerners find a sort of allure in eastern cultures. Well, to extrapolate on that, Americans especially, since we don't have a specific culture, but rather a wide range of cultural influences, we pull things in from many sources quite easily.

Cosplay huh? I've avoided that my entire life haha, though I must say, this BEAUTIFUL girl from college was always begging me to go. It just feels weird to me I could never do it. Pick a character from an obscure anime/game you like, that's usually the most interesting. That way you don't look like 20+ other people and end up being compared to see how makes the best Naruto.

DO GILBERT NIGHTRAY OR BREAK XERXES!

DO WHATEVER YOU WANT, BUT JUST DON'T DO GILBERT NIGHTRAY!!!

DO SUMBODY FROM dBZ
simplyme i agree with ur statment. we cant make bishies look bad. DO DBZ