Would you like it if Sony started producing CELL chips for PC?

Forums - Sony Discussion - Would you like it if Sony started producing CELL chips for PC?

One thing I have to add to this. If you are going to use M$ then you have to do it correctly with Sony as well which is -$ony

yes it is a shame, even if an os was made for the cell, and they improved it up and beyond current standards, probably no one would buy the new os anyways as microsoft has hold of the os market.

the cell may now be outdated, but just think what would happen if they kept on improving it?? that's what i was trying to get at, it has untapped potential is what i meant

Agreed, but the architecture differences, lack of X86 compatibility and a general purpose OS are deal breakers.  Maybe they could work in PDA's though - and definitely portable media players.

yes I agree at the moment that is the real problem (i was just saying a what if possibility), it will never come to be tho, no-one will be willing to go to all that trouble, it is far easier just to stick to x86 architecture, even I admit that. 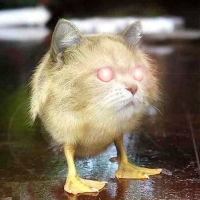 You should make several modifications to the PPU and the number of them to make a variant of cell suitable to PCs. Several out of order PPUs (branching, integer work) paired with SPUs (number crunching) could be an acceptable processor for an end user computer. The problem is that you have to migrate to a new architecture, and you don't have the critical mass of users to impose that change.

DX10/GPGPU isn't that important yet, and has millions of potential users, why a computer with a Cell's architecture processor should triumph?

I think the problem here is that Cell (and PS3's architecture in general) has an halo of mysticism. A lot of people believe it's the second coming, the same way emotion engine and graphics synthesizer were underpowered related to the hype created around them.

Sony PR guys must be very proud of their work reading threads like this one.

Actually, what you just described is an 8 core Power processor. The Cell processor was developed at a time when it simply wasn't very cost effective to have an 8/9 core processor due to technological limitations (which we have now overcome). The Cell is basically a Power core with 7/8 gimped cores.  The SPEs are not anything amazing, there are just a lot of them, which give the Cell its speed. If you add the functionality to the SPEs that you suggested, the end result would be a simple 8 core processor. It would no longer be a Cell processor. Btw, I would like to add that IBM has 8 core Power7 processors with 4 threads per core that outperform the Cell processor.

The Cell processor has no mysticism at all and it certainly isn't a second coming of anything. Throughout the years there have been many processors with unique architectures that have come out and claimed the performance crown for a short while but were quickly surpassed by traditional processors with more support. It will have a nice spot in the history books but it has no future at all. The concept behind the cell (many fast and simple cores) will live on, but the Cell processor certainly wasn't the first chip to have that.

What I'm suggesting is to improve the PPU/SPU ratio, and make PPU out of order, not to improve the SPU functionality. Keep them very specialized, having a low power and transistor budget, to help the PPUs in a GPGPU way. Something similar to what AMD is going to do with Llano, 4 x86 cores, ¿480? stream engines in a die. If you want an heterogeneous architecture, at least it has to be designed to the workload a Joe Sixpack's PC will do.

Sony sold all their chip production to Toshiba.

That architecture does not make sense. The SPEs are stuck at a crossroads. They are not sophisticated enough to be used as general cores, but they are more sophisticated than needed for raw number crushing. IBM knows this, which is why they ended the cell architecture. Instead of XX SPEs, the silicon could be used to make XXXX stream processors which would accomplish the same thing and be faster.

In fact, that is what IBM is doing. Their next generations of high performance chips will actually be a few Power7/8 cores and several thousand stream processors. The PPE + SPE architecture made sense in 2005, it does not make sense in 2009+.

Not sure if you guys ever played .hack... the "fictional" "Altima" OS that you use for the game menu was pretty cool looking, and it has a lot of resemblance with the current widely used sony XMB... I don't think it's really hard to modify that XMB to make it a 'functional' OS...

However, I don't think it'll have a stronghold in the PC market where it's more of a trend to have do-it-yourself PC... None the less, the PS3 can EASILY be modified to become a "2nd" media PC in the house that serve as a media hub, light office document etc... And I think Sony is slowly bending toward that route.