I don't think this will last long I think. Price cuts never have a sustaining effect.

To be negative Nelly, this is Sony's last ace in the hole. This and FF13 are all Sony has left. If these do not create a long enough effect, then the system will have no more crutch to stand on. 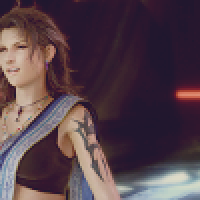 Gran Turismo 5?? And the PS3 Slim WILL have a long lasting effect.. By "last ace in the hole" you surely mean that it's their best chance to place first or second, and after this, there's no possibility. That I agree with partially.

If you mean that ps3 will die if sales slow down, you're completely wrong because ps3 is still the most expensive console beside the elite. Even so, both competitors have cheaper consoles for the most part.

I mean both, as both are saying the same thing from differeing view points.

If Sony has a long enough effect, then the PS3 could beat out the 360. There is not a snowball's chance in hell it could stop the Wii. Remember that Sony is being disrupted. The only way for them to beat Nintendo is for Nintendo to screw themselves by either not releasing any compeling software (but since NSMBWii is on the horizing, it seems unlikely) or Nintendo embraces User Generated Content to the point of oblivion (but since all those games are failing, and Nintendo isn't stupid, it's doubtful). Either way, Sony still has a lot of ground to cover. The 360 is 8million units ahead. It needs to sustain these numbers for quite some time, but price cuts can't achieve this (I'll explain more in aminute).

The other is also true. Sony has exhasuted their "comeback" resources. Besides FF13 and GT5, there isn't a lot to help them. The key software titles that the HD Twins were banking on were all from before their launces. With GT5 and FF13 about to release, there isn't much hopre for a turnaround. Sony and Microsoft will now be at a stand still until they release new consoles (which I assume Microsoft will make the fierst move).

Now, the problem is, and what mny people will forget, is that price cuts do not attract new customers, but ones who have been interested in the system for a while. Price drops only break the barrier of the system's price. As the price lowers, more people can get the system, or find the new price is right for a purchase. The problem is, it only gets on-the-fence buyers. The buyers who are buying for a price drop are those who had some interest in the system. If you had no interest in it before, you wont buy it because it's a lower price. Nintendo's strategy is what will create long growth and that is to let the software sell the hardware. Before Wii Fit, there were a lot of buyers who did not want the Wii. When it came out, people had to have one. They had a new reason for buying one. Sony's strategy with the PS1 and the PS2 was to offer enough software so that it could attract numerous buyers. Sony sidestepped what most console manufacturers did before (make software that will push the hardware)and let the third parties do the work. Basically, their strategy was to bombard consumers rather then with strategic attacks. One reason why the PS3 is struggling is that Sony's strategy was very easy to replicate. Microsoft and Nintendo can both easily do it, but Nintendo added a spin and uses the old stretigic attack as well. Consoles always sold based on hardware, even the PS line. New users, who did not care about the PS3, will not come now because of a price cut.

With this in mind, the system has no where else to go. It is danerously close to the Wii's price point meanign that price cuts will have decreasing marginal benefits. The success of the PS3 will linger on how long this one will last. I assume there were lots of buyers waiting on a PS3 but the price was still too high. At $300, it is right for most of them. However, sales will slow down in the coming weeks as these consumers qucikly dry up. Unless Sony can pull an amazing software title from no where, there is no more hope.

Really? So you don't think GT5, U2, FFvs13, FF14, Agent[Rockstar exclusive], ModNation Racers, etc., combined with future price cuts, redesigned models[can be even slimmer with external power drive], and bundles, combined with an ever-expanding PSN, Home, VidZone, and web browser, combined with free online gaming, combined with PS Wand and a growing casual game library, are nothing to stand on? Get real. I am real, your the one who isn't.