Wii revenues lead the charge at $161m, up from $109m in the same quarter last year. Next up was PC, which courtesy of The Sims 3, bought in a considerable $124m.

Next in line was PS3 with total revenues of $121m, markedly higher than Xbox 360, which generated $73m for EA. The PSP was also a surprise victor over DS with revenues of $38m compared to DS’ $28m."

and for the people that think most of the revenue is from europe:

i wonder what happens when PS3 closes the gap with X360. yes good numbers, sure shows activision a thing or 2. 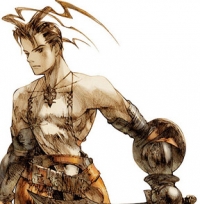 Good for Sony, still good for 360 though.

the difference is about 50 million dollars .That's huge.

I wonder why that is.

fifa on PS3 outsells the xbox eqivelent massivly, and all the PSP EA games add to the total. Cool a one Quarter report the lakers are up in the second Quarter i hope they win the game.

True, but then the Madden games sell far better on the 360