Yeah and by the way anyone interested in some swamp land in Florida. It is obvious that something isnt correct here. If that was the case Sony gaming division (and new Network group) would be showing a profit. Maybe we have been wrong all along and it is the PS2 and the PSP that sell for a loss.

it could be that the 70% cost reduction is from the production of a new and redesigned ps3 model, like maybe a slimmed down ps3 and not the current model

This would be my guess as well. The current model probably is ~55% off original costs, so they are making a little on them over the last year or so.

Thats what I was thinking, It couldn't possibly be for the current models.

Well i guess it seems Sony is on the right track for making profit afterall.

Report: Sony losing about $40 on each PS3

Sony CFO Nobuyuki Oneda noted recently that the PS3's cost is still 10 percent higher than the system's price, reports Andriasang.com. With the console's price differences in each region, if Oneda is talking about Japan, that would be approximately ¥4,000 ($42). In North America the same $40 loss would also hold true.

As bad as losing money on each console manufactured sounds, it used to be worse. Just a year ago the estimate was that Sony was losing over $100 per system. Losing a couple Jacksons (four Hideyo's in Japan) per console isn't great, but it appears that Sony's costs and sales on the console are slowly finding equilibrium. Unless, of course, there's another $100 price drop in the PS3's near future.

^ Just lends more to the fact that he was talking about the Slim.

There is marketing, game development and other things besides just hardware cost. That's probably what is dragging the game division more than hardware costs. The last report was $40 per PS3 lost, which can easily be made up in software and accessory purchases.

This sounds about right for the slim model. Blu-ray drives have become exponentially cheaper to produce since it's debut.

More of the losses probably have to do with Sony not marketing their excellent (IMO) lineup of software well enough to sell enough copies. 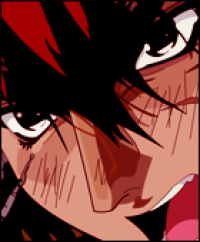 3 Months is allot of time when it comes to electronics...

Yeah but nearly HALF the manufacturing cost in 3 months? Color me skeptical.