Hopefully the article words it wrong. To my knowledge it's expansion packs and not full standalone priced games... Atleast thats what i hope.

Me too. definately a boycott. Being a real StarCraft fan, I realize that SC was easily worth 10x what I paid for it. Over the course of years, I bought other games, played them out, and went back to StarCraft. If I had gotten 25% of the enjoyment I did with it, it was probably still worth the price 10x over. And now, SC2 looks to be an amazing games missing one feature that most people don't use, and used relatively little for those that DO use it, (face it, even most people who enjoy LAN parties will, nowadays, still play most of their games online) and that makes people not buy it. They'll torrent the game for the smallest of reasons, and then still get hundreds of hours of play out of it, and yet feel justified for not playing? Good thing most people don't feel that way. I don't like the graphical limitations of the Wii, I'll steal one. I don't like the lack of split-screen in KillZone 2, I'll steal a copy.

When people know a product IS worth it's value, and convince themselves it isn't (lets face it, there's a lot of games not worth buying due to missing features - SC2 won't be one of them), they aren't fooling anyone. They'll pirate the game, they won't get the same easy game experience the rest of us will have and it'll be their own fault. And for what? $50? 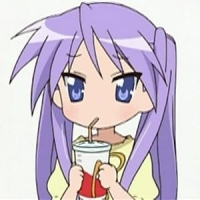 I didn't say nobody here planned on boycotting the game, but I do think some probably did geniunely lose interest due to this decision.

@Jereel Hunter: That reasoning doesn't make too much sense to me. It sounds like you think everyone taking a stand against the LAN removal were just looking for an excuse to pirate the game. Guess what - some people are actually pissed off over this decision, because it's inconvinient to paying customers. It also feels like they're treating us like criminals - next thing you know, in a few years we won't even be able to play games without connecting online, but it'll be fine because "everyone has internet anyway."

People always make a big deal about "small things." The same goes on when talking about console games, but I don't see people accusing them for making excuses just to pirate the game.

Btw, earlier people were comparing B.net and WoW, but they're not the same thing. B.net is/can be worse because they're offering it for "free." In WoW, if the service is bad, people cancel their accounts, and they immediately start losing money.

Don't be stupid.  If they pirate it because of no LAN then they don't want it ENOUGH TO PAY FOR IT.  At least not when piracy is an option.  Assuming they were telling the truth about buying it in the first place, the value was enough with LAN that they would choose to pay for it even though piracy was an option, but not without LAN.

[edit:  "It depends on the context of the situation, the reasoning of both parties' actions and the results."  Lacking any sort of explicit protest, the result of a boycott and simply not buying a product is exactly the same.  You've said so yourself if I'm not mistaken.  Thus, the difference you're talking about is entirely within the possible boycotter's mind.  You are making assertions about other people's thoughts with no evidence.  How am I wrong?]

Not sure I follow the logical reasonning there by the way.

ppls saying no lan = pirate instead of buy are basically saying :

I would purchase a Lexus because it has all those cool features but I would steal a camri because it doesn't have them ......

PS : and no piracy is not an option. Stop acting like pirates have a moral code of conduct and only pirate stuff that is not worth purchasing, that's like the lamest excuse for piracy. People pirate because there are so many people doing it they think they can get away with it and will never get caught......

I was mainly saying that since a few years wow implementation depends on bnet.

That's because it's a lot of effort and risk to steal stuff, so you should go for the good stuff.  Piracy is easy.

As for your PS, you didn't understand me at all.  I meant it's an option as in "it will be possible to do".  Not that it's okay.

I may represent a minority voice here, but I feel oddly compelled to reply.

In the village I live in (yes, I live in a village, we have a post office, a bank, and had a bar till recently, that's it), internet is neither overly fast nor reliable and I have to deal with high latency even when playing against locals. No matter how much Blizzard improves Battle.net, if the latency/connection issues I get are between me and my isp (when I try to play with friends, the route is to the ISP and back) cannot be improved.

Why would someone want LAN? My internet is only really usable if it hasn't rained recently. Otherwise I get the 15 minutes on, 1-5 minutes off. Surely all I should do is get better at blitzing right?

I consider myself boycotting Blizzard, not because I hate them, but because without LAN, I won't play StarCraft 2. I don't particularly like single player RTS's, and I don't hate myself enough to spend good money on a game I can only play when the weather is good. I also have made games and wouldn't want to be on the other side watching people enjoy my work while I am forced out of employment.

Would I pirate it? No, there is no point. I won't play it without MP. Have I pirated anything? Yes, but I usually pay for it. The only reason I can only say "usually" is because I will download something (without buying it first) when they don't provide a demo (if they add DRM after the demo release and the full version won't work for me, I will download it, but I still paid for the game). If it works and I am still playing after 10-15 minutes, I buy it, otherwise I delete it. I wouldn't even do that if I could return it if it doesn't work.

For the record, I have purchased SC battlechest 3 times. Second only to Rome Total War (5 times). I now make/download backups in case I lose the disk/roll over it with my chair while looking for it after I drop it/move and have my box of games go missing when the movers are done.

If I install a game on multiple machines, lets say I purchased the game a few times, but cannot locate all the keys (hence why I bought multiple copies), if I use the same key for all of them, is it piracy?

What if I install a game I purchased one copy of on two machines so my brother visiting from out of state can play even though he didn't bring his copy he purchased (the important part is we both purchased the game).

welcome samurai
its good to have someone else represent the minority. I grew up in the country, and when I go visit I have latency somewhere around a couple of seconds.

it looks like you are the first one to say you are actively boycotting it at this point. I hadnt seen anything official as a boycott at this point. (I did see an online petition asking for LAN). Feel free if you want to organize a boycott.

You point out a few gray areas of fair use/piracy
Its interesting see how this discussion plays out.


Yes I am a fan of the Playstation 3, but I am an even bigger fan of intelligent and rational dialog. (If you are up for an intelligent exchange of ideas, you are more than welcome to add me as a friend)

(haven't been playing much since I am broke)

How can anyone NOT be hyped about this game? Is it because of the lack of LAN play? You're really going to let that take you away from this gem of a game?