The gyroscopes used in it respond at up to 140Hz, but I think the Wiimote usually is queried for data at 100Hz.

"All you need in life is ignorance and confidence; then success is sure." - Mark Twain

Yeah but WM+ will have a new all black glossy look complemented by a black wii. so there.

1600 degrees per second for fast motion

300 degrees per second for slow motion 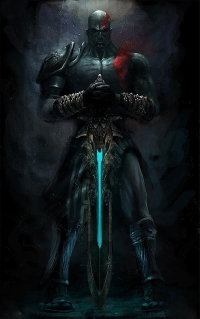 The eye toy uses a low light amplifier somewhat like what you find in nightvision googles, so it should work in a dark room, aslong as it can detect some source of light it will amplify it, the light from the T.V should be enought to accomplish this.

I don't think it would defeat the purpose at all.  You don't need to use Natal for everything if you don't want to.  Let's say they put the full motion on your face.  So instead of tracking your body it's only tracking where your head moves so you have a much more interactive FP game.  Also you could augment other games with Natal.  Just because you can track the whole body doesn't mean that you want to.  You have to think that  games like Splinter Cell and Grand Theft Auto just wouldn't need the camera.  You could probalby get the game working just fine with it, but I imagine that using the camera for simple gestures would work out best and free up bottons for the game.  If this works as well with Driving games as I hear it may remove the controller completely, but some games just wont ... I don't want to say work well... because I'm sure they would, but the time investment may not make it worth the effort... something like that.  Personally if they don't pack this into Arcade systems I just don't see it catching on... same with Sony's motion controllers. With that, we go back to square one of the arugment - Natal does not apply to all games especially by itself. That's where nunchuck and Wiimote combination excels. It may not be the best motion controller comparing to other company's offering. It can be used in all games.

See the Wiimote can't be used in all game by itself... it needed an excesory... the nunchuck.  Also there are other uses for a camera system like Natal.  Not the least is facial recongnition for logon and build in voice recognition.   I think that a game that would be really fun with Natal that people would consider hardcore would be a new Black and White game.  Also I would like to admit that I couldn't figure out how they were going to use the Wiimote to make hardcore games work well.  Personally I think a combination of the two methodes would work the best.