what was your 1st gaming system and how long have u been gaming for ?

Forums - Gaming Discussion - what was your 1st gaming system and how long have u been gaming for ?

been gaming for 28 years 14 years.... most of it on the very same TV I still have hooked up to my Wii now

although the 3 portable TVs we had did get swapped around a few times, but the one I currently use is the oldest and the one I had with the MegaDrive. 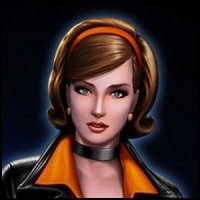 Atari 2600. I remember my parents buying it for my sister and I from a used game shop when the SNES was just released. We were poor so we bought it on the cheap heh. My sister and I later saved our pennies and eventually got an NES. So probably around 20 years or so?

no i was only 4 and my mom got the nes in 89 .as it so happened my house had  the snes nes n64 at the same time but the frist one i played was the nes go figure

NES the year zelda came out (well we had an atari ST and a PC1512 at home but the NES was the begining of my massive gaming) so.. 23 years I guess