After Wii supporting 32GB,will we see BIG DLC like X360/ps3 from developer?

Or will the developer just be lazy like the current situation for supporting Microphone(Wii Speak).

Only 2 games that are supporting Microphone. http://en.wikipedia.org/wiki/Wii_Speak

2.And the Bug & Glitch fixing DLC, Wii's games got many glitches like many X360/PS3 games. However the developer just simply don't fix it or ignore it.

3. Where is the Demo? Wii can do demo like Dr. Mario DX and MPH3 channel. It's time that Wii gamer should get demos download now. DS can do demo but Wii can't?

That's a great question, I'd love to know that too but for now I think we'll have to wait and see. 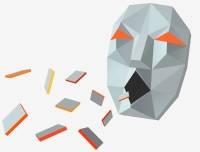 Not everyone has an SD card... But it might become an option for those that do...

The developers might just say its not worth their time to do it, because of the small # of users with SD's...

Not everyone has a SD card but did the GHWT/Rock Band refuse to make download contents for Wii User?

Not everyone has a hardrive, did the X360 developer refuse to make download contents?

The new memory will be just a new accessory. If they want the extra features, buy it. Same way as M+, if you want 1:1 control, buy it. They may even include 1GB cards in games package to store the extra maps, etc, there. You'd be taking SD cards in and out in no time.

This is what the DLC do. Extra features.

I hope to god we get some good DLC. That is my main concern. I want Nazi Zombies on my Wii damn it.

Also, I don't see any problem with publishers giving us demos now. This should be as easy as Nintendo making an announcement of a demo channel sometime in the near future.

Both of these things would make me extremely happy.

I'd like new characters for SSBB as DLC. :o

Yes, this will allow large DLC and game updates.

Publishers have reported the lack of a storage solution as being the only reason we've so little of it thus far. The flood gates are now open.

I don't think many people will buy a 32 gig SD card or whatever.

I, for one, am not buying it until I see a reason to.