Except that if you look at the recommended system requirements, most people wanting the best experience for this game will likely spend more upgrading their PC than simply buying a 360. Despite the # of people with a PC, few own systems with enough hardware to play the best games at the best settings.  WoW (including the expasion) has rather low requirements compared to other games out there so most current PC gamers out there haven't been needing the best hardware.


To cash in my CC rewards points for $300 in Circuit City gift cards to purchase a 360 or not: That is the question.

What fueled the rumor the second time around wasn't the stamp but an interview that spong had with ken levine. When asked about the PS3 version he replied:

"If I talk about anything outside of the Xbox 360 version, my corporate overlords will spank me. We love the 360, we love working on it and we’re not talking about any other versions right now."

Personally I am getting bioshock on the 360 but that is a pretty sly response wouldn't you admit. Besides this whole rumor started of because magazine scan

Honestly..... permission is asked to post pictures up so obviously at one point in time even 2k had plans to bring this to the PS3 and dammit threespeech being wrong about Sony related products is incredibly odd. So there is actually more substance to this rumor than the MGS4 one.

I am not saying that a port would never happen. But it isn't likely. I am going to assume it falls in line why MGS3 wasn't released on the xbox even though part 2 was. Kojima himself doesn't like to make ports. He doesn't seem to be a fan of the xbox, chances are MGS4 as a port would have to see the light of day due to another team in konami's fold and I am guessing no more than a year and a half later at that.

Right, games never start out being developed on one multiple systems only to be cancelled when they realize thats not profitable, or some console maker hands them a wad of cash. For example, MGS started development as a title for all systems - PC, PSX, N64 and Saturn. Funny how that turned out...

ButÂ give me a fucking break. Years ago the producer said the game would be exclusive to PS3, yet this is sounder evidence than the head of Konami failing to outright deny a port recently?

Can't you see how hypocritical it is for someone who was so adament that MGS4 is exclusive to so quickly claim that Bioshock may hit his platform of choice?

So now we have to games with an only for sticker.... RE4 above in my first post (and here), and Enchanted Arms. 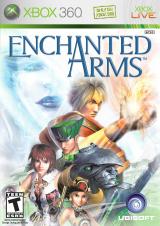 I would cite regulation, but I know you will simply ignore it.

2K reps just contacted us to let us know BioShock is exclusive to Xbox360 and PC Games for Windows.

I think this is just about as good a Kojima saying MGS4 is exclusive to the PS3.

EDIT; Ignore what the url may say, please read the actual article

Capcom confirmed that DMC 4 will be exclusive to PS3.

I am not trying to say it is coming out for PS3, I am saying companies lie, even on the box art (see my above post) because they get paid to put that sticker on their.

I think that's what sieanr is trying to say. If 2k said that the game is for PC and 360 only than that's as good as Kojima saying MGS4 is for PS3 only.