Did anyone actually enjoy Tales of Vesperia and Infinite Undiscovery?

Forums - Microsoft Discussion - Did anyone actually enjoy Tales of Vesperia and Infinite Undiscovery?

These games came out around the same time, and I haven't really heard any feedback on the board about these games..So for those that own one of these games or actually played it. Can you shine some feedback to me, whether they are good or not?

Tales of Vesperia- I played the demo of it on Xbox Live Marketplace, and it was rather bland in my opinion. It had a similar art style like Eternal Sonata. And the battle system was rather confusing. I don't know if I should say its a Action/RPG  or turn-based or what.

Infinite Undiscovery- I haven't played one inch of this title. So I wanted to hear some feedback from some users that own these games.

I'm considering picking up a RPG this Thursday. I need one. 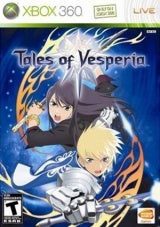 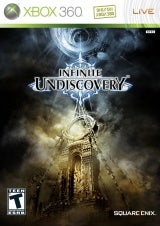 I haven't played either of them, but technically it was Eternal Sonata that had a similar art style to Tales of Symphonia.

I want to know about Infinite Undiscovery too, anyone care to share?

I believe Zenfolder is into those types of games. I also think that there were a couple of big threads involving each of those games. Might want to search for them.

From what I've seen the reaction to both has been in general mildly positive, although far more people seem happy with tales (at least in regards to this site).

Tales of Vesperia is an awesome jRPG, even though its basicly the same as ToS with a different story. The demo didnt do it justice. I'd pick that one up ^^ . Great combat system, character development and story

Infinite Undiscovery isnt worth the money though. Well only if you enjoy playing one of the shortest jRPGs ever and having to micro manage the 18 characters at every shop you come across, since you never know who'll end up in your party. And lets not even start about the camera or the repatitive gameplay...

Honestly, a lot of people dog Infinite Undiscovery but I found it extremely enjoyable. The story is a little on the short side coming in at about 20 hours but the story itself is a very good one with some twists. It's based on a classical plot summary but with a semi unique twist to it. You may see it coming but you'll never guess how until about 3/4 through the game and if you do guess before that point, 99% chance you'll be wrong.

As far as content I've spent a few hours doing the "Seraphic Gate" at the end where the final boss is a horribly daunting task. At level 140 she kills me in about 3 minutes on normal mode. Beyond that the difficulties get heavy, Infinity Mode(the final difficulty) people are having trouble beating the first two guards after coming out of the cell(maybe a minute into the game!)

as far as micro managing 5 of the characters are secondary(you never have to use them in your party) and they never seemed to die in the few instances I had them join in. I went through the full game focusing on only the 4 characters I wanted at the time with no trouble. Most of them still had starter gear after I finished the game. There's only a handful of instances where you use more than one party. I can think of about 10 off hand and add to that almost half of those times you got to form the additional parties and 2 times you have Sigmund(who stat wise is a monster) EVERYBODY get's exp all the time unless you equip them with monks soul which is an item that you equip that gives them 0 exp and lets the others share it.

Edit: I also wanted to add -all- of the "Secondary" characters were lazily added and generally use armor and weapons matching one of the main characters so giving them the old throw aways keeps them up to date well enough for them to do damage in those instances they're forced upon you.

vesperia is the crown jewel jrpg for 360, I own IU but haven't started it yet.


Note: Some games in my collection are no longer owned, but have owned.

I should be a reasonable barometer on IU. As you may have seen I asked for recommendations and reasons why I should get into JRPG's and now I am.

Picked it up today, so my first foray into the whole JRPG thing. I shall report back. Will probably give it a few hours tonight and see how I like it.

Story - Cookie cutter good versus evil with some Japanese centric mythology (Buddhist) about the moon, Japanese monarchy and touches on selection/classing of humans from birth (like caste system). Main characters are easy to like and some Japanese fanservice is apparent. In the end, I only cared for about 3-4 of them and the rest didnt have much depth and had some really bad VA.

Design - Pretty standard linear quests with large dungeons and a variety of enemies/bosses. The characters each have their own unique skills and it can be fun to discover what they have and what effect they can have on your combat style and environments. Inventory was fine as the game gets you to study each character a little bit more.

Gameplay - Can be brutal if you dont save often and dont keep a well stocked inventory. Its not a piece of cake which is good and some boss fights will require you to think about the best strategy and moves. Combat is button mashing combos and utilising other characters which is fun, although some characters are useless and youll never use them.

Presentation - Art direction is good and the music is fantastic. However there is some seriously bad VA for some characters that caused me to cringe. No Japanese VA in Western release. There are some slowdowns during busy segments but on the most part, the different combos, skills and animation is good for a JRPG. Just dont expect high budget CG cinematics.