Guitar Hero IV to work with Rock Band instruments for 360

Its already officially announced at E3 that all RB1 instruments (360 version only) will work with GHWT.

The songs will actually change to 4 colours + bass pedal when you insert the RB1 drum.

What I need to know is whether the GH4 guitar will work with RB1&2...

^^Well I might actually get this game then. Are they just chopping off that color or are they dynamically putting it to another color. 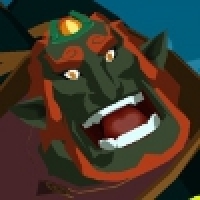 Wow! Are they seriously going to do double the work? They really want consumers to enjoy their product without spending too much I see, very cool.

Yea I was initially really surprised as I thought the two franchises are cut throat competitors. But then after what erikers said above and thinking about it, it is a smart business decision. They just probably added 1m more unit sales of the game by doing this and will actually affect RB2 sales a little.

Yea they got me as well. And since Im in the UK, GHWT might actually come faster than RB2!

They are putting in the colour dynamically, as in they will replace the extra with a new colour, blue or green mostly.

Watch the Gamespot E3 GHWT live demo (its the last show). They talk about it near their announcement of the Hendrix songs. 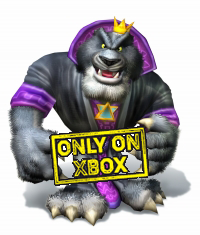 Well the Rock Band Guitars work with Guitar Hero 2, Guitar Hero 3 (pre-patch) & Guitar Hero Aerosmith so I saw this coming. There was also a rumor that Microsoft wanted them both to be compatible with each other if even only on their console.

Does that existing 500 song library really overshadow an entire community worth of DLC though?  During the first few weeks I would think it definitely will...but as the editor becomes familiar to the more creative players those songs are going to start sounding better and better.  If you look at the detail and nuance they have added to the editor there is a great deal of potential for not only variety but quality as well.

I think if in general terms quantity and quality of song is your top priority then GH4 is absolutely the better choice, particularly in the long run.  If its specific songs you want then it could be either game depending on which songs you want.

As a wii owner that is clearly Guitar Hero and nobody can really even debate the superiority of GH for a Wii owner.  With no DLC in either RB and RB2 coming several months after the 360 version Harmonix has made that choice for Wii owners....but with GH4 and all of the new features including parity between platforms its made even easier.  Wii owners are pretty much bound by logic to get GH4.

Now for the 360/PS3 owners there are definitely some choices to be made and it depends, I think, largely on your current setup.  If you already have GH instruments I again think GH4 is the best bet, the tricky part, and the tough decision is if you are a 360 owner with RB instruments and an investment in RB DLC.  In that situation I absolutely don't blame someone for not wanting to lose those investments and frankly I don't envy the position.  I'm fairly confident that by the time RB3 rolls around they will have the music editor as well and if the DLC is enough to tide you over (or perhaps you just don't care about the editor at all maybe?) in the mean time I don't blame you for waiting at all. 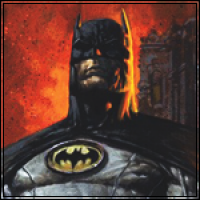 Since this announced for 360 only I'm thinking M$ had their hand in the jar and paid the companies to play nice and make it happen for their system. A smart business move as many people will be buying the 360 because of the compatibility.

If PS3 was also fully compatible then I would say it was Activisions move but that's not the case and it's obvious they are still not cooperating with Harmonix fully (or vice versa after the Wii port of RB I'm not sure who's lying).

Man I'm conflicted. I don't know which to get... But I like that I will be able to use either companies instruments on either game.