Locked: 5 upcoming ps3 exclusives that will be top sellers.

I know a couple of friends who are waiting to buy a PS3 for FFXIII & God of War 3. One friend who is a die-hard Xbox fan, (he only ever owned Xbox consoles) said he will get a PS3 for God of War 3 and possibly earlier for Resistance 2.

I think Killzone 2, Motorstorm 2, Gran Turismo 5 and Resident Evil 5 will be a strong system sellers as well. Resident Evil has mainly been a Sony franchise aside from the Nintendo GameCube remakes and RE4. Then again with GTAIV MS proved that software sales can be bigger even though GTA was always on Playstation first. It's definitely tough to determine the hardware boost the game actually provided.

As for Little Big Planet it's yet to be proven a system seller but all the hype surely has it at that level. I'm certainly very interested and I plan on buying it.

The op needs to include GT5, Killzone 2, and White Knight Cronicles as million + sellers.

I know it is a mulitplat game, but how well do you think Bioshock will sell this year? It is at 1.85 million and released to an installed base of 11.5 million. The PS3 install base should be in the 15 - 16 million range when it releases. you forgot to mention the fanboys wanting them to fail... lol 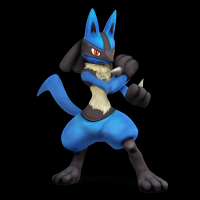 The only fanboy I see are you.

How is he being a fanboy? His numbers really arent that exagerated and its the truth, other systems fanboys would LOVE it if these games failed, thats what makes them fanboys in the first place in a way. You lose.

Based on manuelf's post, Skeeuk is right only fanboys want those games to fail lol