Persona games aren't really meant to be "completed", in that sense of the word. Them having limited time to do stuff is exactly because they want to make your choices matter - if anyone could do everything with no effort, it'd take that away.

I was going to skip P5S because I thought it was a spinoff. Now it's on my wishlist. Thanks OP!

Oh. The Demo didn't have Social Links. But if they are in the final game it's hard to say if they'll be time constrained.
Same thing for dungeons. I was forced into the first dungeon as part of the story, which also happened in the original P5. And also like that game you get out before finishing the dungeon.
And like in P5, it looks like you'll generally be able to enter a dungeon whenever you want from your headquarters. 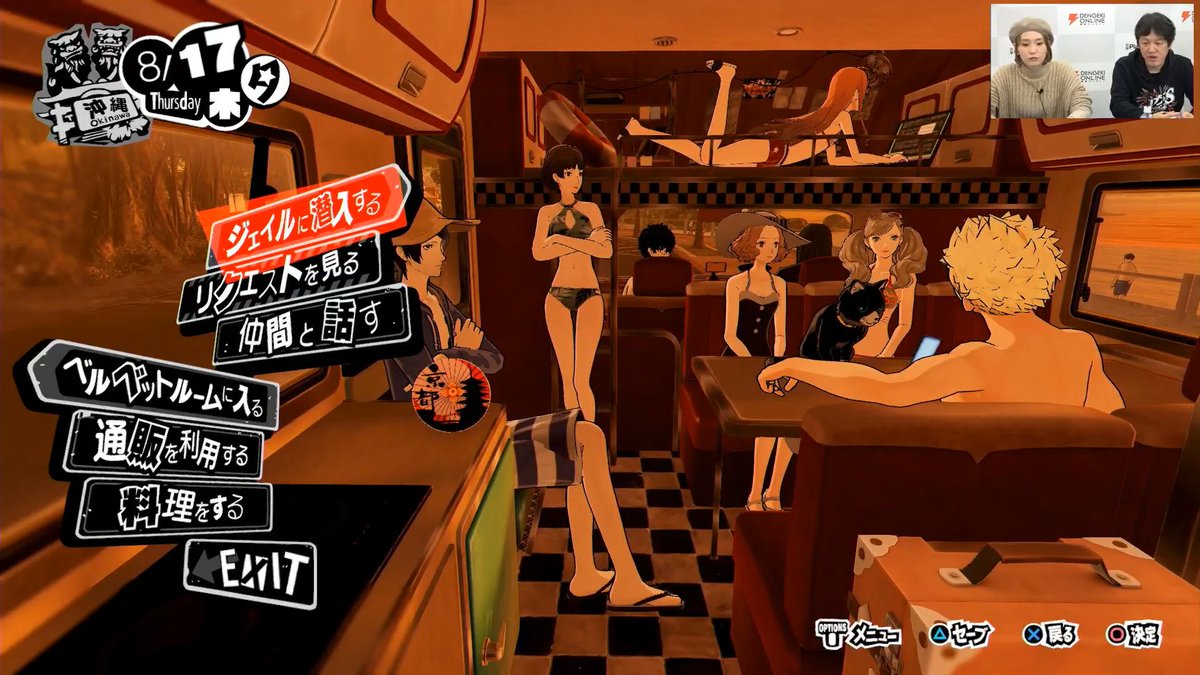 But it's hard to say for sure if there will be some systems that rewards you for managing your time.

The main plot seems to be a fairly standalone story, so it probably works fine in that sense. It's revolving around some already established characters and themes of course.
For example, when the demo starts, the Phantom Thieves (the main characters group) are being discussed, and they're suspected of being involved in some situations where people started behaving very differently than normal. So if you don't know anything about P5, you can still deduce from that conversation that the Phantom Thieves have the ability to alter people's personalities somehow. You just don't know how. But that will probably be shown at some point in this game.

They all already know each other, so we probably won't get much in terms of back stories. But it's probably not necessary for this story.
You may wonder why there's a talking cat in the gang though, who constantly insists that he is not a cat. (That was a running joke in P5.)

But if you ever plan on playing P5, beware that there will be some spoilers in this game for the events of P5. Not sure how heavy, but I know there are at least one or two light ones in the demo. Do you think the game will upload your save from Persona 5 or Persona 5 Royal's game ?

I've already beaten the game. I even made a review of it. ;)

If it does, it won't take potential romantic relationships into account, because the producer said those choices won't be reflected in this game.
There could be something like bonus items for transferring a P5 save file, but it probably won't be anything major in that case.