Will update the charts when we get W1 and W2 separate

Ring Fit has really battled I remember people writing it off now it has put in a strong total, TMS releases this week on Switch.

Makes sense to combine the two weeks. Still great numbers for Switch, I believe it is already ahead of 2019 week 1 + 2

Isn't RFA in second position instead of 8th with 21k + sales?

RFA is going to be huge in 2020 if it continues to sell at this pace. And i heard it was out of stock these past two weeks in japan.

EDIT: just saw it was changed in the OP

With digital I think Pokemon may actually have passed the 4m mark.

Indeed. Corrected. RFA will have a huge 2020

It's ironic that ps4 released slightly later in japan but that will be the first region with huge declines for it. Meanwhile, the switch might last a little longer in japan compared to other regions.

With no breakdown for week 1+2 numbers, I am going with a straight-forward 50/50 split like Famitsu itself has done for Golden Week last year; I won't be putting estimates in my table. The consequence of this is that week 1 will show up as being down year over year despite that not being the case; on the other hand, week 2 will be displayed as being massively up, also despite that not being the case. What is correct, however, is the cumulative difference between 2019 and 2020, so Switch has kicked off 2020 with an already notable advantage.

The remaining January weeks will give an idea for the new baseline until the release of Animal Crossing: New Horizons in week 12.

As for my personal expectations, I predict 2020 to be definitely over 4m. More precisely, I am expecting sales to fall into the range of 4.2-4.8m, so being better or worse than 2019 has about an equal chance at the moment. Nintendo's first party lineup for 2020 is largely unknown, so it would be a big guessing game to narrow down the range further. What seems certain is that Nintendo will have at least two big titles for the second half of the year, but what they'll be as well as their release timing is up in the air. Third parties haven't been open about their Switch plans either, but none of this is really different to how it was in 2019. 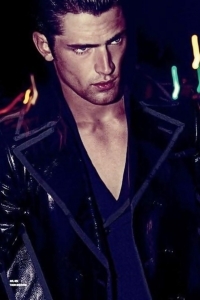 Yeah roughly, going by the same ratio as last year would be