CryEngine 3.0 came out in 2009, so obviously it couldn't be used for Crysis in 2007... Crysis 2007 was demanding enough with it's forward renderer.
Helps that I always mentioned CryEngine and not Crysis.

CryEngine 3.0 first started being used with Crysis 2 and again had Partial Ray marching which is a form of Ray Tracing, already provided the evidence for that.

The RT in Battlefield 5 isn't the same as older Ray Tracing methods, Ray Tracing is an umbrella of techniques, not just a singular construct remember.

The point is and I have provided the evidence, Ray Tracing didn't just happen overnight, it's been a progressive implementation over the decades... As hardware increases in capability, then developers were more inclined to implement different, superior and oft-more demanding variants of Ray Tracing.

Even next-gen isn't going to be fully Ray Traced, despite the inclusion of Ray Tracing cores, we will still be leveraging rasterization primarily, we are probably still a couple of console generations from full ray tracing in real time in games.

It would be no different than Nintendo saying they will support the 3DS for years to come after the Switch has released...

Didn't hold the Switch back, we still got Links Awakening. (Granted they were transitioning from the WiiU as well.)

Pretty much. If we look at how we transitioned from the 7th to the 8th gen, the bulk of big AAA multiplats didn't just get "ported and enhanced" from the Xbox 360 and dropped onto the Xbox One.
Rather, developers generally took the PC version and *still* downgraded those games for Xbox One. - I.E. Frostbite powered titles.

I would envisage the same would occur next gen as the precedent for that kind of transition is already there for Multiplats... And considering Microsoft drops all it's games on PC, it's relatively simple for them to upgrade titles for newer console hardware.

That's what i call raytracing.

certain games already able to render Global Illumination technique  (Crysis etc) even on old hardware to a certain degree.  But the technique are not  "Ray tracing ".

The link that you shows (Cryengine 3.0)  are part of global illumination technique , but not ray tracing or even path tracing.

Last edited by HollyGamer - 3 days ago

I’m going to get real here, I have more then just a suspicion that many fans but certainly not everybody, are clinging to this argument that cross gen games will hold back Series X power because they are on some level insecure that PS5 won’t have the power advantage.

Ps3 has it, PS4 had it for the bulk of the gen. Games looked better and you take pride in having the best versions. A lot of people had a great time comparing the inferior resolutions between the XB1 and PS4 in the early years. Looking back I’d say you got greedy in having your fun.

I know, that having a certain brand loyalty to a console of choice leads to it becoming part of your identity. What the brand means, what the brand does...you may identify with it on a deep level. Maybe these exclusives helped you escape a painful time in reality. Point being when another product has a perceived advantage it is seen as not only an attack on the brand but an attack on the fan (their identify and beliefs).

Nevermind that once you actually think about it you’d know that all MSs games are built around PC and scaled down. Every console gets the best version for that consoles capabilities so long as you put in the time. They ignore that 3rd parties, the bulk of game sales, can do what they want. That neither company makes full use of hardware at launch. All because what...you can’t accept that your precious multiplats will be slightly inferior? I mean I’d rather you all be honest about your true motivations instead of pretending to know the inner workings of game development and faking concern for Xbox gamers.

This would all be true if MS targeted super high-end gaming pc's and then scale them down for the next gen consoles. With current gen that was easy since the GTX660 was already pretty dated when the ps4/Xone launched and the Jaguar cpu was terrible compared to the average pc cpu's. This time around they are talking about SSD, a zen 2 cpu and a 12Tflops gpu, which is comparable to a $1000 RTX2080. Truth is that 99% of the pc gamers don't have anything close to those kind of specs when they launch, and it can take years before they become main stream on pc.

So if MS's goal is to reach as broad an audience as possible, would they really take full advantage of things like Ray Tracing when only a fraction of the pc gamers have a gpu that supports it? Normally consoles sort of force pc gamers to upgrade if they want to keep playing the latest blockbusters titles in decent settings. But for better or worse, MS is flipping the switch next gen. They're not forcing pc gamers to upgrade or Xone gamers to migrate, they'll just make their games so that, no matter the platform, you're still getting the exact same game and a "plus-plus-plus" version on SeriesX. That's not necessarily a bad thing. For a casual gamer who doesn't care about graphics and just wants to play Halo Infinite it's probably great. But for those who do care, and want to see true next gen experiences not possible on current gen, it does kinda suck.

...Ummm. That is exactly my point? Haven't you read anything I posted or the evidence I have presented?

That Real time ray tracing demo is actually from CryEngine 5.5.
The demo I provided prior is from CryEngine 3.0... There is a decades worth of difference in development there.

What you call Ray Tracing is irrelevant, Ray Tracing is Ray Tracing whether you like it or not... You nor I are in a position to dictate what tracing is or isn't for the entire movie/gaming/technology community.

False. I am not confusing Global Illumination and Ray Tracing, please go back and re-read my posts and read the evidence.

And you are correct, not all Global Illumination techniques can be considered ray tracing, many G.I implementations rely on Radiosity for example... I know what I am talking about here.

And everything else you listed... I have already touched upon prior. (Again, the importance of being bothered to actually read my posts.)

Again. The Importance of Reading and watching the evidence I have provided.

I provided a video from CryEngine 3.0 which showcases Partial Ray marching which is Ray Tracing... In-fact many implementations of screen-space ambient occlusion and modern Volumetric Fog can rely on Ray Marching.
https://artis.inrialpes.fr/Membres/Olivier.Hoel/ssao/nVidiaHSAO/ScreenSpaceAO.pdf
http://raytracey.blogspot.com/2011/08/ray-tracing-in-cryengine-3.html

Even Unreal Engine from 2011 had some Ray Tracing support.
https://www.nvidia.com/content/PDF/GDC2011/Epic.pdf

Er. Navi 2.0 isn't out yet, we don't know how it compares to the RTX2080... Nor can we use some arbitrary flops numbers to make any comparative assumptions either as flops is ultimately not a denominator that tells us the complete capabilities of a processor.
Plus for all we know the GPU in the Xbox One Series X and Playstation 5 could be as fast as an RTX 2080 with half the Ray Tracing capabilities. - We just don't know.

PC's have had SSD's for years, I have had one personally since the OCZ Vertex 2 came out over a decade ago... Not to mention "SSD" is a pretty arbitrary term, the Wii technically had an SSD, so did the Wii U and so does the Switch, Load times still existed, games weren't some special-sauce experience not able to be found elsewhere. (Granted they used EMMC, but that is still an SSD.)

And not to mention SSD's do not replace Ram, PC's have more Ram, thus the need for an SSD is somewhat lessened.

Zen 2 in the consoles is only lower-mid range at best as only half a dozen CPU cores at a moderate clockrate will be available for actual gaming, PC will still be in a league of it's own, naturally.

It's a  " limited form of ray tracing ". So you prove nothing here on original argument. Is not even implemented on hardware based or used on many games. You cannot compare that to what new arc can do. It will be using different and very different implementation of ray tracing.

Are you arguing for the sake of arguing? Or purposefully trying to waste my time? Because that is exactly my point and my original argument put forth several pages ago.

That we have had Ray Tracing for over a decade and as hardware has become more powerful, so has the evolution of Ray Tracing implementations.

Even next-gen with the Xbox One Series X and Playstation 5, games are still not going to be fully ray traced.

Ray Tracing is not something that has happened overnight, nor will it happen overnight. - We are still years and years away from fully ray traced games, the hardware just doesn't exist to do it yet.

What is actually are you trying to argue here,  i already explained that  RT that i mentioned  is the form or Path Tracing on modern GPU. It's different from Ray Marching and limited form ray tracing from the past Crytek engine. Even Crytek has a new technique in the video i showed.

I don't know why you always downplay people and underestimate people on the way you are arguing. 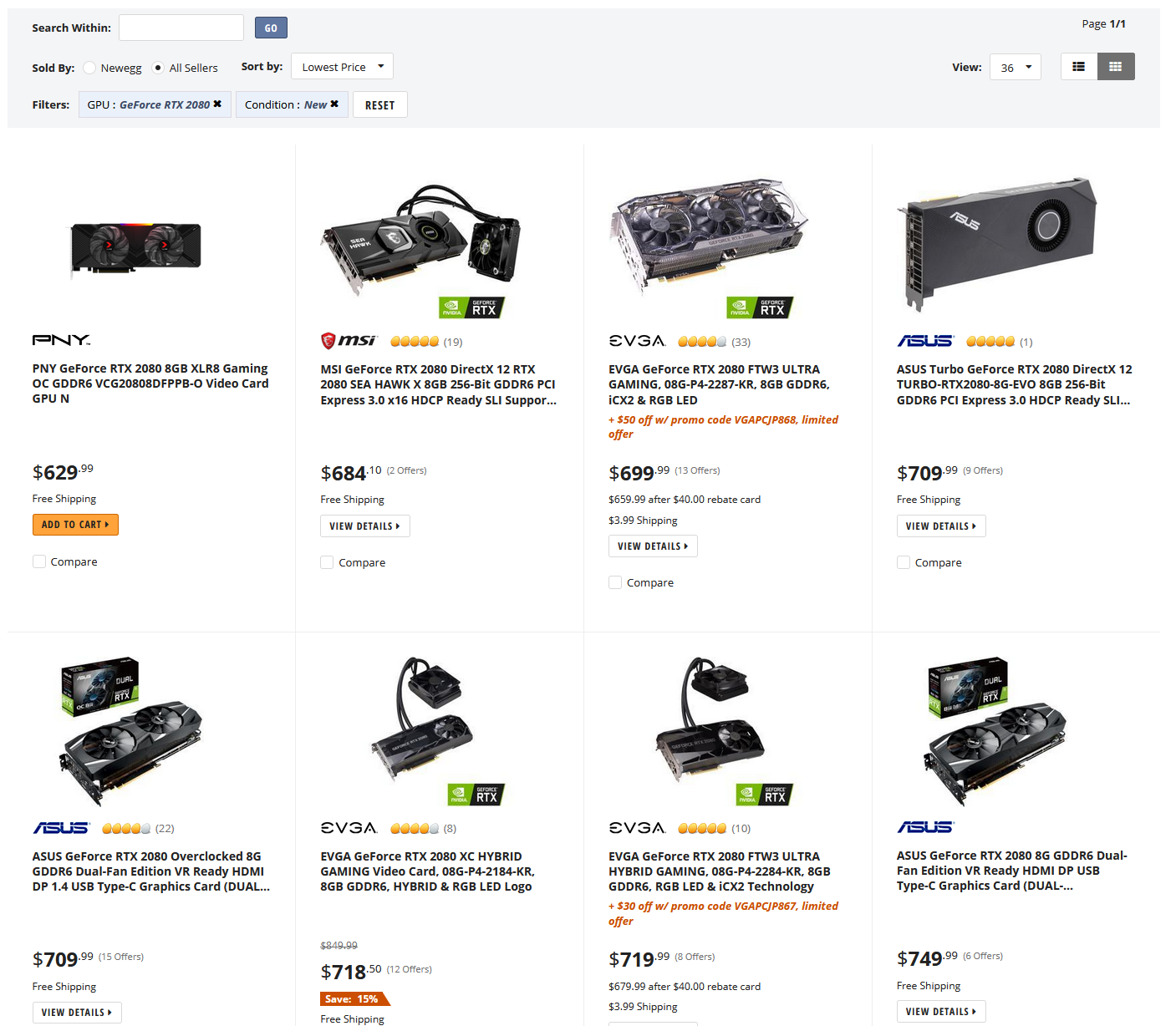 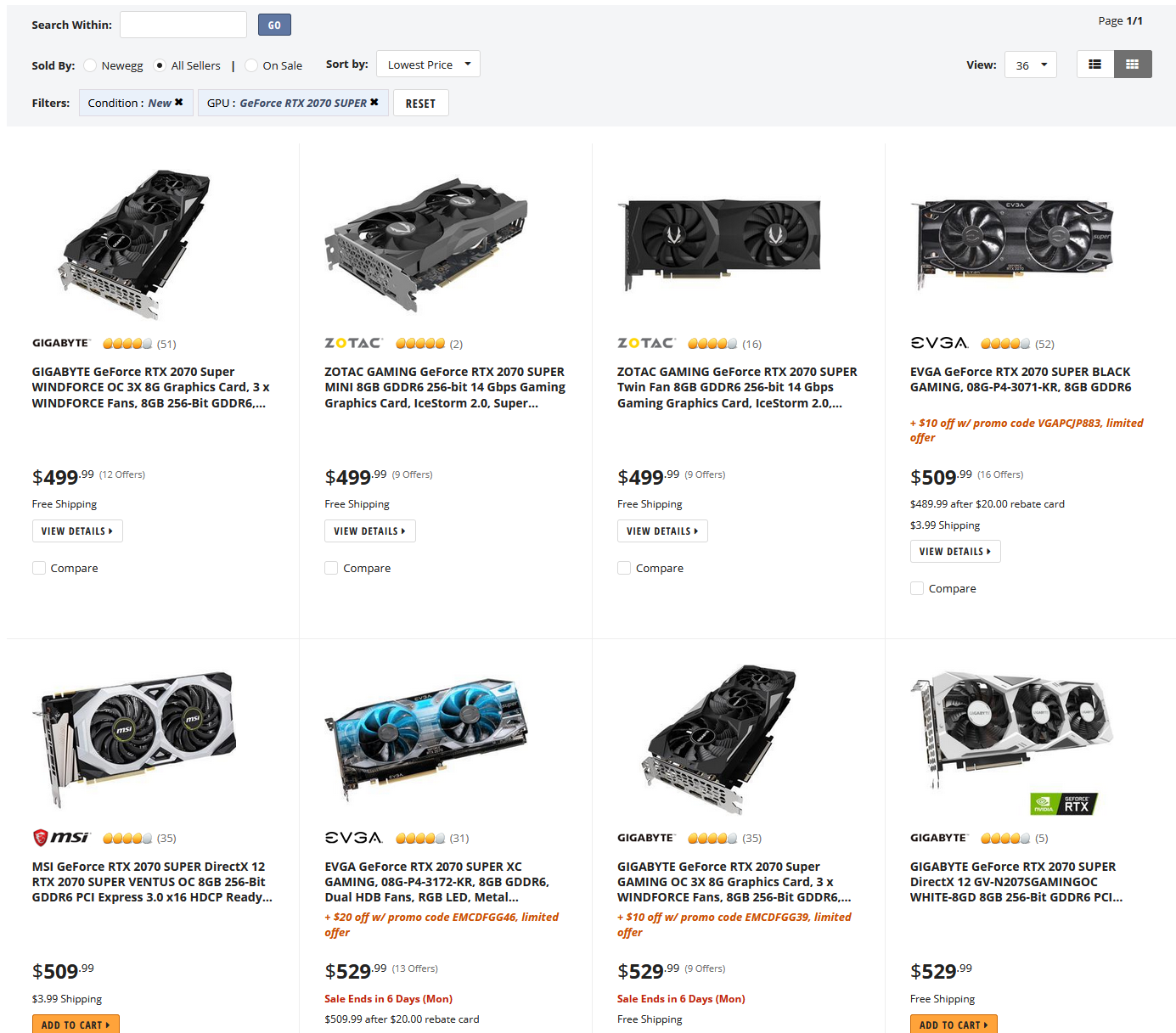 After being hit with logic in more then a few fronts, your newest argument hinges on the assumption that their PC targeted specs are nothing special. Really...

Im sorry you feel you have to compensate for any insecurities that PS5 is less powerful. Can’t win em all...but hey at least Sony has a solid 1st party studio portfolio :) But you can’t win this with cheap smoke screens and fake concern.

Xbox has the power advantage and if you actually cared to do homework, you’d know Ms is optimizing each hardware their games will be on. Nm you keep ignoring that 90% of games (3rd party) will have some edge over PS5 versions)

Great vid debunking these lies by a more then a little bias agenda being pushed by people like you. 3:40 min mark. But I guess this will be the PS fan agenda going forward? Instead of accepting your console isn’t the most powerful you tell yourself “it’s ok because Xbox is gimping their own exclusives”. Lol for a bunch of winners your confidence requires quite a lot of bended truths to hold onto it.