3 reasons that made Nintendo Switch a succes

Forums - Nintendo Discussion - 3 reasons that made Nintendo Switch a succes

Will Switch sell over 100m?

The core game for Nintendo system are arcade games easy to learn hard to master. With Sega and Atari down, Nintendo is the only sucessor of this core type.

The core game for Sony and Microsoft are computer games heritage. EA, Rockstar, and other major thirds born in PC game.

As I interpret them:

1 - A very unique concept that catches peoples eye. Especially the modular nature of the system is what made it so appealing. Hell, even the neon colours have been so great at give it that uniqueness that definitely helped it get noticed in the mainstream arena.

2 - A brand change. Nintendo put some effort in changing their image by the ways of marketing, house styles, online policies and restructuring. I think that coincided well.

3 - The best launch game ever, which is BotW. Nothing more needs to be said.

4 - A whole year of quality releases almost every month, topped off with an amazing Mario game.

All these things just gave it a really good boost and momentum has been going since then. Also, the incredible amount of fake hate on the January presentation and attempts to ridicule it just made it all the more popular. 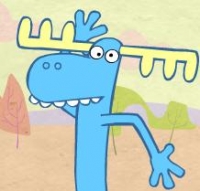 Games and good marketing are both correct awnsers. Also, it helps that Switch has the best value proposition of any Nintendo product in more than a decade.
As a customer you'll get one product that is both an high-end handheld and a competent home console to play the latest Nintendo games. You have basic couch multiplayer right in the box and a great catalougue of games to play with friends. You have access to a great selection of indie games playable on the go, as a plus you'll even get to play some PS/XB multiplatform titles with some minor drawbacks.

The reason why your attempts at an analysis fail is because you already struggle to determine that the Wii U was a bad console. And yes, the Dreamcast was bad, the GameCube was ultimately bad too and of course the Vita was terrible.

Nintendo put out a Wii vs. Wii U comparison sheet because they couldn't believe that the Wii U was perceived as inferior to the Wii.

Indies don't need a more powerful Switch, so your closing paragraph in your original post can only refer to AAA third party games. Nintendo doesn't need AAA third party support and there hasn't been anything essential that has changed since the NES days. The same basics of back then still apply today. That's why Nintendo's future can be predicted, and yes, that's why my thread from three years ago is good. Three years ago the people who expected Switch to sell more than 50m lifetime were considered nutjobs because of the lacking AAA third party support, but today we look at the frontpage of VGC and see 50m for Switch. What was deemed a longshot has actually been a cakewalk.

The Wii had marketing everywhere even in famous magazines so of course it managed to outsell both PS3 and 360. Word of mouth helps but it did nothing for the WiiU.

My definition of a bad console is a console that doesn't work properly as it's supposed to and as it was advertised. The WiiU works, the off-TV gaming works, has quality games and i had some good times with it. Is it underpowered? Yes. Could it have been a better console? Definitely. Is it trash? Nope. Your definition of bad is, "well if it didn't sell enough units it sucks!" Yeah some good reasoning there.

Nope, Nintendo put that comparison out because people were still confused whether WiiU is a ad-on for the Wii or not.

"Everything i say is what matters, i don't care about facts nor any kind of reasoning cause my opinion is all that matters!" That's basically what you're saying the whole time. BTW if you are a Nintendo fan you would know that fans have been complaining about no 3rd party support on Nintendo consoles ever since the N64 days, you would know this unless you were born yesterday.

If Nintendo wants to compete with Sony and MS, like they should, then yes they do need a beefier iteration of Switch. Do i need to remind you that we are not in 1985 anymore when Nintendo had a complete monopoly on the gaming industry and there was virtually no competition? It seems to me like you want the Switch to be another WiiU where it suffers of multiple months long droughts until the next first party game releases. I'll say it again, Nintendo needs 3rd party games, Nintendo got away with the Wii but it didn't work out for the WiiU, nor the GC and N64. Where the hell were you during the WiiU days? Switch getting more 3rd party support is a good thing and one that Nintendo needs to keep sales growing.

Exactly, Nintendo has finally learned that most gamers today are grown ups and while they do like Nintendo games they also want to try out different games without the need of buying another console. Making the Switch portable and capable of playing other 3rd party games on the go is a good reason the buy 3rd party games on Switch.

And yeah 3rd party games are important the SNES was indeed the last Nintendo to enjoy major 3rd party support and now Switch will hopefully bring this back to Nintendo systems.

Your definition of a bad console doesn't allow for a proper analysis. You keep acting as if you had reasonable arguments and everyone else is a lunatic, so you should do some serious self-evaluation.

Apparently you need to be reminded that Switch is outpacing the PS4 launch-aligned. You also need to be reminded that Switch has seen more than 1,000 game releases in 2019 alone. Yet you act as if Switch is facing an imminent shortage of new games and only more processing power can prevent that. Your comparison with the Wii U is completely ridiculous. Oh, and by the way, Nintendo has a monopoly in the portable console market while concurrently succeeding in the home console market.

Lastly, I am aware of the things that Nintendo fans say. Likewise, I am aware that a lot of them lack any skill in market analysis, so not every voice is equal.

Everything was fine except reason two the core audience was why the Wii U flopped because that's who they aimed for the NS is back to aiming at a broad audience again.

Considering the Switch brand now includes both home and portable consoles it would be pretty embarassing if it turned out to not be successful.

lol you're the only one acting like a complete nutjob here. So much so that i even wonder if you're actually trolling or not with ridiculous arguments, looking down on others for having different views from yours, not only that but apparently, you can also read my mind and quote me on things that i've never said. I'm open to different opinions and willing to discuss them with others, something that you seem to have a serious problem with when your views get questioned.

You need to be reminded that PS4 and Xone are near the end of their lifespans while Switch has just started and is up about to face the PS5 and new Xbox that is when things can take a serious turn for the Switch for better or worse. No i've never stated, nor acted like, nor implied that the Switch is facing a shortage of games but it can happen if next gen systems are too far ahead in terms of specs and Switch might end up being ignored by 3rd parties like it happened with WiiU. The Switch is a hybrid console/handheld so it's direct competitors are still Sony's and MS's consoles. You also need to remember that the WiiU kept receiving indie games and none of those saved the WiiU nor werent million Sellers. Look if you're against AAA 3rd party games on Nintendo systems then fine keep buying indie games but the rest of Nintendo fans would like to play non Nintendo games on their Switch as well, as not everybody is as interested in indie games as you are.

Finally, if you want to become the next Michael Pacter then go ahead but don't expect people to shut up and bow down to your voice just cause you think you're so much smarter than the rest, now if you have some people who blindly follow your opinion and praise you for it then congratulations buy yourself and them a cake but i sure wont be one of them especially not with the ridiculous reasons you've provided.

I don't believe the WiiU was catering to the core audience first, i think WiiU tried to please both audiences at the same time but couldn't convince neither and lost big time.

Yeah i think a big portion of sales come from previous 3DS owners which had lots of support it was indeed the better move from Nintendo.

NES and SNES made sense.

N64? What the heck does that mean to consumers? And what's up with that wacky non symmetrical controller?

GameCube is more normal, but the handle and size of the device made it look more like a portable plug in device. Not to mention the tiny discs. For the record this was my favorite console ever, but it was a little confusing to consumers based on the sales. They also talked about 3d technology for this which they never did.

Wii. Little internet functions, extremely easy to use for casuals not used to traditional gaming.

Wii U. What the heck? Is this a new system or a new controller? It's HD but not as HD as the HD twins? It has HOW many online functions. What is a Miiverse? You can play on the go, sort of? What does that mean? Too confusing for consumers, if they ever got passed thinking it was just a controller which I doubt many did.

Switch. The name CLEARLY tells you everything you need to know. Simplified UI and UX compared to Wii U. It's meant for games. This is the simplest to understand device, imo, since the SNES from a consumers point of view.

PlayStation is consistent because it's 1-5. MS and Nintendo are hits or flops and it often has to do with consumers not understanding the product.