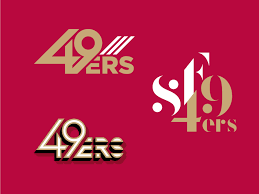 Looks like you'll only be able to have only one island per Switch according to Nintendo Australia.  Is this a big deal for you guys?

I think some new information dropped. Granted not much like etecoon said one island per switch rumor. That doesn't bother me. Also think confirmed characters list was put out by Nintendolife when I was last searching for news. However I don't visit that site anymore because I got into it with a few users there that are apparently pussies.

I'll check later tonight after work to see if any sites are reporting anything else but seems like radio silence till a direct.

Actually I've given it more thought. I'll probably get around 3-5 games on switch in a few weeks.  Of course all exclusive because any third party or indie game that is on PC I'll just get it on a steam sale.

I was thinking Fire Emblem of course because it is fire emblem.

Mario Kart 8 deluxe because just found out friend from college days picked up used switch cheap from Goodwill that was missing dock and controllers which I believe he went cheap third party route to correct that.  I don't play multiplayer games much but that would be the game to play.

Smash ultimate for single and local multiplayer.  Screw online I've learned my lesson trying to play smash with lag. It sucks and it isn't my internet connection that drags the match down.

Daemon X Machina because I really loved armored core back in PS1 days.

And of course Animal Crossing.

There are more titles that I am interested in the future but I believe those exclusive titles fit my genre taste the most.  Of course I would look into other exclusive like Odyssey, maybe FE Warriors and others in the future.  I'm just not interested in anything that came out on the Wii U because I probably already have it (only MK slides by since that is only multiplayer game I would play on switch for foreseeable future).

So some form of backup is coming.

Man I want the AC direct.

So when I switched from 3DS OG to New 3DS XL I did the supposed proper transfer.  Well my account transferred but my save game files on downloaded games didn't transfer.  Guess which few retail games I had that I bought off eShop...  New Leaf.  So I lost like 100 to 200 hours playtime.  Then the New 3DS XL I bought after about a year the b button would be intermittent (out of year warranty and Nintendo wanted way too much to even try to attempt fix the b button).  You can easily tell on smash when trying to go back screen hold b button down sometimes it would register then sometimes while holding it down it would act like you lifted up.   Was also apparent when trying the third jump (up and b) didn't register and first time or two trying and you drop like a rock.  So I went and got a New 2DS XL and tried to transfer.  Lost another 100 or more hours in New Leaf when only account transferred and not saves.

Supposedly there is a computer method that preserves the save files better but you would think their fucking system to system transfer would actually work with save files not just the damn Nintendo ID...  So basically after getting the New 2DS XL I gave up after 10 or 15 hours of playtime.  One thing I found out though was that carts keep save files on the cart or least most of them.  I was worried about MH4U but when I put cart in the new system my save file was fine.

I believe if I bought New Leaf on a cart then all that bullshit would have been avoided.  Download games without cloud saves.  Fuck that. I'll never do it again.  In total I lost over 300 or 400 hours playtime. I'd check my playtime history because that for some reason still fucking transferred but I'd rather not remind myself.

Looks like China manufacturing is hit hard... I thought they moved switch production outside China to avoid any future bs tariffs from trump?  However maybe there is part shortage for necessary components in Switch that comes from China.

It's just the system that is AC themed.

On side note my girl works at Flex (used to be Flextronics) and she said area she is working is running out of components from China.  Seems like manufacturing has come to a crawl in China from all the fear.  She might have to be moved to another area or take time off.  I'm glad I left that shit company a year ago.

It's like that in all games 1 town with multiple profiles Switch allows up to 8 as opposed to 4 from before.

From translations I've heard they're only thinking about it, but not making any promises.

"Don't fix a bad system because it's always been bad!" However, for handhelds it at least made more sense since they're more personal than shared by the whole family like a console, and at least on the Gamecube you need only buy another memory card. On Switch you'd need to buy another whole system if you want your own Island (you'll probably want your own copy as well), and this method also seems to be preventing cloud saves and user transfers as they're not system based like New Horizon's save is.

The better way is this, each user profile gets it's own Island and can create up to 8 Villagers. This satisfies both those who want to share and those who don't, and it keeps the save user based for compatibility with cloud and transfers. Crazy idea I know, but if even Pokemon did away with the arbitrary 1 save file per cartridge limit, Animal Crossing has absolutely no excuse. We can only hope they were too dumb to see this simple n superior method, rather than purposely forgoing it in order to strong arm people into buying their own Switches.

Except AC and Pokemon are different games with different goals Pokemon didn't drop single files either it's one per user, for all you know could have their own section of the one island that doesn't interfere with yours so going on this outrage trip right now is daft.