Could you do the same, combining 3ds and wii u sales, please? 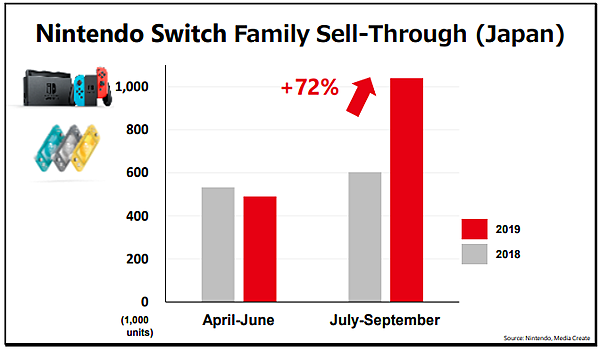 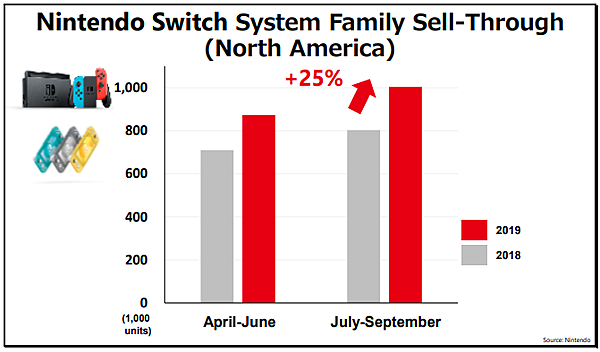 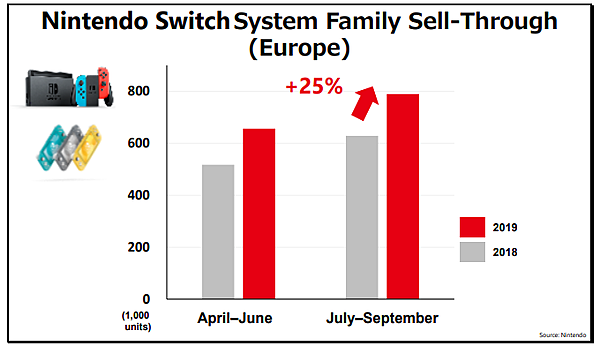 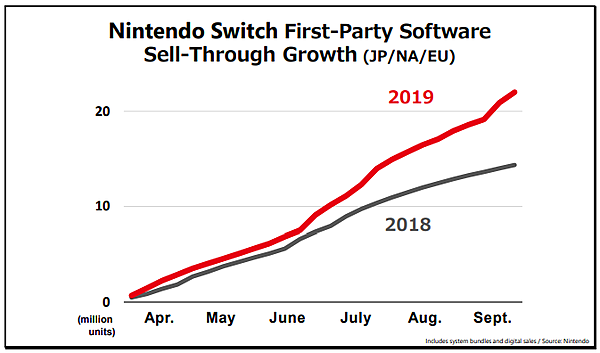 @tak13 The first table is Wii U alone because I had to get the numbers anyway and someone might be interested in such a comparison too. The second table is 3DS and Wii U combined.

By the way, I quoted my own post because it is the easiest way to have all four tables show up in one post.

Switch is already far ahead of 3DS+Wii U in terms of software and tie ratio, but still has to make up a bit of ground on hardware. The catch in a launch-aligned comparison of two consoles vs. one is that the two consoles get an early advantage because it isn't uncommon that one and the same person buys two devices as opposed to only one when there is only one console.

Of course we don't only analyze the past, we also have to look into the future. the first 11 fiscal quarters for Switch, 3DS, Wii U, and 3DS+Wii U combined have been covered above, but here's how Switch will take the lead in the last remaining category, the hardware unit sales.

Q13-16 a.k.a. the fourth fiscal year is the final one where 3DS+Wii U exceeded 10m units. The Wii U added only 0.2m more to its lifetime sales afterwards, so it's essentially just the declining 3DS left which stabilized at ~7m per fiscal year for a while. The projected lifetime sales for 3DS+Wii U are 90m, so anyone who doubts that Switch will pass the 100m mark has to take some maths lessons.

I kind of thought the same, but that wouldn't reflect all the money they saved by not having two research and development teams, two sets of software teams, two sets of marketing teams, etc. They've saved a lot of money by consolidating down to one device, possibly offsetting the fact that they aren't selling as many Switch's as they would combined sales of home console and portable in most generations.

Awesome numbers. I am very happy for the strong success of Mario Kart 8 Deluxe. Talk about strong wheels legs. The game deserves every sale, it's so good.

Curios to see the performance of Pokemon Sword/Shield. I'm going to skip it but I think it will stll be a big success. And I wonder how big of an impact Mario & Sonic Tokio 2020 will be because I am actually thinking that this might be a really good game.

A profit comparison is long redundant because Switch exceeded the lifetime profits of 3DS+Wii U within its first year on the market, so everything afterwards is just piling on and increasing the multiplier by which Switch is performing better.

Comparisons with the PS4 are more interesting because it sets higher benchmarks and it's a recent console. The Wii is also interesting, but its sales curve differs greatly from the PS4 and Switch, so it built a big early lead and ends up being left in the dust.

The PS4 leads in hardware only because it had three holiday seasons at this point compared to Switch's two; Switch will take the lead through 12 quarters when both consoles have gone through every quarter of the year exactly three times.

I must say that the software comparison surprised me because AAA third party publishers invest a lot more in the PS4 than Switch, but looking ahead, the PS4 software totals greatly accelerate and I put that down to cheaper prices for a much larger range of physical games and their digital versions; I assume the PS Store flash sales didn't start until after fiscal quarter 10, so that's why the PS4 has had a slower build-up than Switch up until this point in their respective lifecycles. But the PS4 goes on to have 200m+ years in software whereas Switch will be more around the 150m mark per year because of the big difference in how third party support materializes itself.

*Something I noticed after writing the above is that there's a discrepancy of ~80m units (985.3m vs. 1,067.1m) between the table and the total listed at the bottom of this post. Since the software results are incomplete in the early stage of the PS4's life, the error lies probably there, so don't take the 195.4m figure I've posted above as 100% fact. I think the line for 2015 is wrong, so the actual figures should be 277.2m for software and a tie ratio of 6.37 through 11 fiscal quarters. That makes a lot more sense in the overall picture of software sales progression.

EDIT: Yup, that's definitely the case. The error in the line for 2015 constitutes a discrepancy of exactly 81.8m, so that explains everything.

Smash is pretty much guaranteed to pass 20 million lifetime at this point, and amazingly BOTW looks to have a decent shot at doing so as well.

Very keen to see how Luigi's Mansion 3 fares; LM2 did just over 6 million on 3DS, folllowing the trend so far of software selling far better on Switch than prior platforms, could LM3 perhaps (eventually) join the 10 million plus club? I reckon it has a shot.

As for smash, if the game sells an avg of 750k per quarter for the next 2 and a half years (this includes Holiday) that would be 23mil right there. I say 750k cuz the other quarters can do like 500k-600k each and holiday about 1mil

Edit: Botw hasnt drop under 500k in any quarter or even close. If that does an avg of 500k per quarter for the next 3 years (even with a sequel coming), itll be over 20mil. As of now BotW on switch will be closer to 25mil then 20mil (excluding wiiu)

I don't think that's the right way to look at it given the Switch is a different kind of platform with different value and software sales patterns. I am not sure the average number of users per console, but it's a safe bet to consider a higher average number of users per Switch than per 3DS, which means higher software sales potential. We can back this by looking at the data, Nintendo sells way more games on Switch, and is bringing in significantly more money in the Switch era than in the Wii U/3DS era. 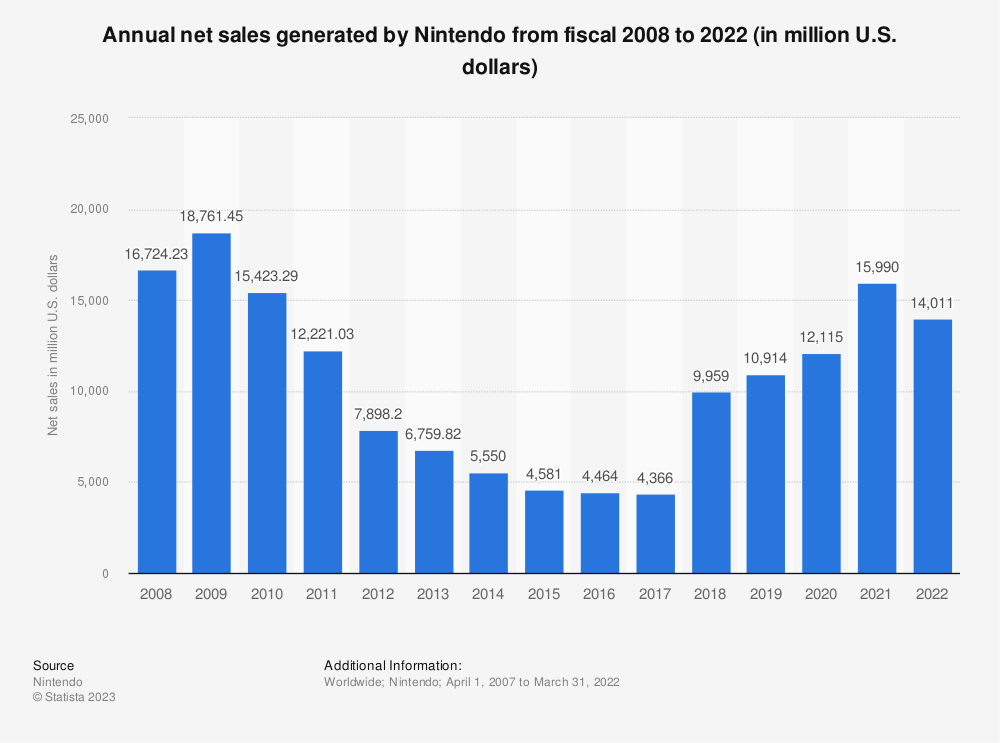 "Switch Lite" is not doing as good as I hoped, but lets see what it does during the holidays.