Microsoft should put Halo on Switch

I think what MS is doing is something like diversifying, creating many revenue streams.

You don't need to beat the competition per se to have a relevant platform or make an endeavor worthwhile.

Sony has found themselves in a position where they are living and dying as a console maker because its kinda all they do objectively well.

I think supporting Switch with Halo:MCC wouldn't be seen as a big leap because its old content, maybe it could be seen as a marketing decision to bring people to Xbox somehow. Switch isn't a direct competitor with Xbox like PlayStation is. If anything, Switch is bigger competitor to Playstation given Switch can steal some of their audience especially in Japan.

Halo on Switch would come with Xbox Live software in it and potentially used to encourage users to play more Halo games on Scarlett. It would be profitable and could create more fans for the IP, without helping a direct competitor per se. I personally see it as good move for the IP.

I think it'd be a win for MS; in the same way as Nintendo putting their IPs on smartphones, not only do they gain revenue, but as Puggsley says, having the older Halos on Switch could be a taster that could peak the interest of some and get them to invest in the new ones on Scarlet.

Just not having Nintendo put their games on other consoles though, right?.

Sounds like an iffy "they're the same" comparison, considering how you don't see mobile as a threat, but another console. Why not put them on PC as well, or do you consider that a threat?.

And before you type it, yeah, I've seen your jargon for "why" Ninty has to keep their IP's under lock n' key from other consoles.

MS and Nintendo simply aren't the same. Nintendo only does gaming, and their IPs are the central pillar of that. The same simply can't be said of MS. It's apples and oranges.

MS putting some games on Nintendo is good for MS, they earn revenue without suffering ill effects. Nintendo putting their games on other platforms undermines their core business.

Comparing Halo on Switch to Nintendo IPs on Xbox/PS is a false equivalency.

And yet, you want to take from the other, without giving in return. You try to excuse a one way street to benefit your platform of choice, but not the other. I mean, at least I game on PC and I don't mind games I play on PC going elsewhere. My only one requirement for that, is for the game to be made for PC first, and consoles second, so my version of the game isn't hindered in many ways.

The way a company operates isn't in relation to 1st parties going to other systems, because Sony already dabble in other areas themselves, yet their first parties are on PS now.

Yeah, good for MS, in a way that supplies another competitor their library, yet once they "die" out, it becomes "oh well, they served us for a time, I'll go back to doing what I've always been doing" kind of gig.

It's not "false equivalency", and don't you dare pull that on me. MS came from PC, the very platform that makes your consoles and all games, and they also had a second market within the console space, just like Nintendo now have their second market in mobile, so no, they aren't radically different, not when both mobile and PC markets are so large, and end up using the same platform to get things done.

You'd find no argument here. Halo 1-3 were some of my favorite console FPS after Goldeneye and Modern Warfare & Black Ops.

If Switch isn't a big competition to X1/Scarlet the opposite is also true, but OP wouldn't want Nintendo SW going to Scarlet. So you are basically defending MS give away but don't receive back. That is a very clear case of second class citizen or colonial relationship.

And it would be the same win for Nintendo to go third party. They would have 100M PS4, 45M X1, 100+M PCs to sell to. And I'm sure you won't accept. As you already tried to caveat that putting old content on Switch would be marvelous to MS, but putting older content from Nintendo on anything besides HH would be unacceptable. 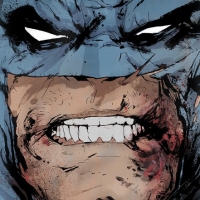 Nintendo should make their own first party fps.
They have more than enough money and should start spending some of it.

I would love it to be honest :)
would be amazing to play Halo on the go on my Switch!

And this would probably be a win for both side.