Maybe if he could learn to shut the fuck up and stop fucking stupid tweeting all the damn time then perhaps his poll numbers would rise.  But he can't shut the fuck up.  Hopefully a heart attack from eating McDonald's would do the trick.

Personally I just wish Chuck Norris ran.  I don't like republicans (and most democrats) but I would probably vote for Chuck Norris.  I wouldn't care if he tried to make abortion illegal because hell he is fucking Chuck Norris. 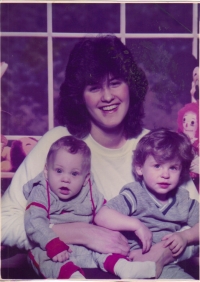 Because the normal left leaning are being ignored and the far left such as AOC are getting the mainstream medias love. A small minority are being front and center to the detriment of the democratic party. These far left are a cancer

Here is a link to such an event.

Basically it was done by Franklin Roosevelt, Abraham Lincoln Gerald Ford and a few others. If you want to call asylum seekers rapists, then you're a pretty shitty person.

Asylum Seekers can claim for asylum.  So far over 14,000 people in 2019 have been successful in this respect.  You may check these numbers yourself: https://en.wikipedia.org/wiki/Asylum_in_the_United_States#Refugee_quotas

However no one mentioned asylum seekers.  This topic is about illegal migrants.  People trying to enter the country illegally.  It seems you don't understand what this term actually means.

Illegal migration is when people try to cross into another country without alerting authorities, and in fact try to evade them.  Now why would someone choose this instead of going through migration controls?  The most common reason by far is to hide previous convictions that would otherwise prevent them from entering.

Yeah, you people give too much credit to Trump for being cryptic. You may differentiate between asylum seekers and illigal immigrants but I assure you Trump does not.

The same asylum seekers Trump doesn't want in the country to begin with https://time.com/5604189/donald-trump-mexico-deal-safe-third-country/

And you're fabricaring the notion the sole reason someone would enter the country illegally is the evade the law. Oy vey

Last edited by PortisheadBiscuit - on 21 June 2019

Some on one side see DT as a Fascist and some on the other see BS as a Communist and/or Socialist. They're taking it way to far, and the further apart they get, the harder it becomes to work together until it's flat out impossible. If it keeps up and spreads then down the road it's either break up into smaller countries like Europe has over time, or another civil war.

Personally I'd suggest if it seems the Dems won't beat Trump next election, then everyone who can should vote Trump. As long as the voting numbers remain fairly close like last time, both sides aren't coming back to center. Another close Trump victory will lead to another 4 years of the same. A YUGE win for Trump will force the Dems to come back and focus more on the center where they would be much better off anyway.

If the Dems look to be able to win, and do, then it's over for the Reps for a lot more than just another 8 years. If Trump of all people can't manage a second term, the right will likely forget about politics for good, which won't be good for anyone.

If you vote for trump then one might question your intellect.  What the fuck has he done for my USA but make us look like shit.  He is like a GWB Jr minus any intellect.  He is stupid as shit.  How the fuck you go bankrupt with Casinos?

Convince me trump isn't a dumbass and then you can convince my dumb ass country that he is perfect for us.  Pence can go fuck himself but I think he'd rather fuck Trump.

It has become impossible to have a conversation between the right and the left. I honestly beileve the far left has created this divide. If they don't come to reason we can not meet at the middle. And it's not trump, the left will think its the devil who ever is in leadership if they don't put them there.